Writers Theatre is committed to commissioning, developing and producing new plays, musicals and adaptations. Since our founding in 1992, we have produced 27 world premieres:

In addition to these premieres, WT is also committed to providing playwrights the chance to continue refining their new work after it debuts, via developmental workshop opportunities and fully-staged second productions.

At a theatre where the word on the page is the primary focus, giving playwrights a nurturing environment to create is essential to our mission. In 2004, thanks to the generosity of David and Mary Winton Green, the Theatre launched its formalized Literary Development Initiative.

Each season, the Theatre holds readings and workshops, both private and public, of a spectrum of new projects in various stages of development, tailoring the developmental process according to the needs of each work.

The result is a consistently high quality of artistic output that presents new work to our audiences with the same confidence and sophistication inherent in our highly-regarded classical work, as we strive to make these new pieces the classics of the future.

Some of the new works that have been produced at WT include:

Jen Silverman’s Witch was commissioned by WT and premiered here in October 2018, under the direction of Marti Lyons. Inspired by The Witch of Edmonton by Thomas Dekker, William Rowley and John Ford, Witch is a shining example of WT’s commitment to enlisting contemporary playwrights to engage with and reviatlize works from the canon.

TREVOR the musical, a new musical by playwright/lyricist Dan Collinsand composer Julianne Wick Davis, based on the Academy Award-winning film Trevor, enjoyed its world premiere at Writers Theatre in August 2017, under the direction of Marc Bruni.

Writers Theatre commissioned an English translation of the Spanish-language play Quixote: On the Conquest of Self, written by Claudio Valdes Kuri and Monica Hoth  and originally produced by Mexico City’s Teatro de Ciertos Habitantes. The premiere of this new translation by Georgina Escobar played at Writers Theatre in October 2017, under the direction of Valdes Kuri and starring Henry Godinez in the title role.

The world premiere of PigPen Theatre Co.’s The Hunter and the Bear, debuted in December 2016. Previously, PigPen and WT had collaborated on revising their off-Broadway hit The Old Man and The Old Moon under the co-direction of Stuart Carden before its production at Writers Theatre in 2013. The revised version has gone on to be produced at Williamstown Theatre Festival, New Victory Theatre, ArtsEmerson and The Old Globe.

Death of a Streetcar Named Virginia Woolf: A Parody, created by Tim Ryder and Tim Sniffen, written by Tim Sniffen, enjoyed its world premiere at WT in mid-2016. This collaboration with The Second City was co-directed by Artistic Director Michael Halberstam and Stuart Carden.

Days Like Today, a new musical by lyricist/composer Alan Schmuckler and playwright Laura Eason, inspired by the plays of Charles L. Mee, was commissioned, developed and received its world premiere at WT in 2014, under the direction of Artistic Director Michael Halberstam.

Conor McPherson's new adaptation of The Dance of Death by August Strindberg received its American Premiere at WT in 2014 under the direction of Henry Wishcamper. McPherson was in residence at the Theatre while opening the show. Since then, the adaptation has received several subsequent productions, including one at Canada's esteemed Shaw Festival.

John W. Lowell's The Letters was further developed at WT in preparation for our 2012 production, under the direction of Resident Director Kimberly Senior. Subsequent productions of the revised script were staged at Tucson's Invisible Theatre, Berkeley's Aurora Theatre Company, Orlando's Mad Cow Theatre and MetroStage in northern Virginia.

Keith Huff's The Detective's Wife premiered here in 2011, directed by Gary Griffin and featuring actress Barbara Robertson. The play (the second in a trilogy of Chicago cop plays that began with A Steady Rain) has had subsequent productions at The Road Theatre Company in Los Angeles and Milwaukee Chamber Theatre.

A Minister’s Wife, a musical adaptation of George Bernard Shaw’s Candida with a book by Austin Pendleton, lyrics by Jan Tranen and music by Josh Schmidt, was commissioned by WT and premiered here in 2009. Artistic Director Michael Halberstam directed the world premiere and subsequent productions at Lincoln Center Theater in 2011 and San Jose Repertory Theatre in 2013.

Brett Neveu’s Old Glory was commissioned by WT and premiered here in 2009, with a subsequent production at The Victory Theatre Center in 2010. WT also premiered another Neveu commission, Do the Hustle, in 2011. Both productions were directed by Resident Director William Brown.

A 3-person adaptation of Fyodor Dostoevsky’s novel Crime & Punishment by Marilyn Campbell and Curt Columbus premiered here in 2003. WT then produced the adaptation’s New York premiere at 59E59 Theaters in 2007. Artistic Director Michael Halberstam directed both productions. Since then, the play has been produced at dozens of theatres across the country, including Arden Theatre Company, Cincinnati Playhouse in the Park, Round House Theatre, Indiana Repertory Theatre, Berkeley Repertory Theatre, The Cleveland Play House, The Jungle Theater, Intiman Theatre, A Noise Within, Actors Theatre of Louisville, The Repertory Theatre of St. Louis, Center Stage, American Players Theatre and Trinity Repertory Theatre.

Additionally, we have been honored to host a number of acclaimed playwrights while presenting productions of their work on our stages, including: 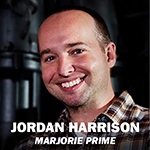 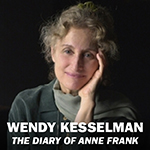 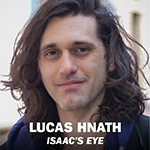 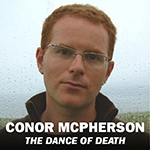 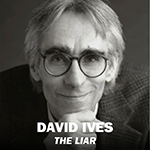 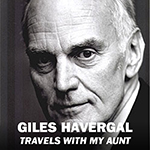 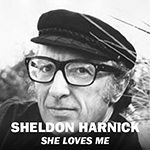 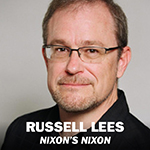 For people wishing to support the Literary Development Initiative to ensure we can continue to develop and produce new work, Support WT >>

"My experience working at Writers Theatre will always remain in my mind...the drive and determination of Michael Halberstam and his team to deliver amazingly consistent and intriguing work rivals any theatre anywhere, so having their belief in your work as a playwright is gratifying and humbling." 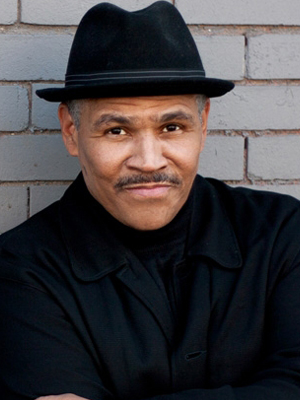 "Writers Theatre allows its artists to think outside the box, which is a welcome attitude in the theatre for sure. And of course I believe in putting the focus on the writer too! Writers Theatre allows us to collaborate and create new and exciting works and also continue to develop the traditional "classic."