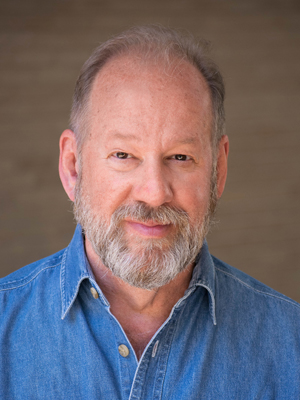 At Writers Theatre (as a Director): A Moon for the Misbegotten, Company, Doubt: A Parable, Port Authority, The Liar, A Little Night Music, Heartbreak House, Do the Hustle, Old Glory, As You Like It, Another Part of the Forest, Arms and the Man, Our Town, Rocket to the Moon, Misalliance, Incident at Vichy, The Glass Menagerie

At Writers Theatre (as an Actor): Into the Woods, A Number, Twelfth Night, Or What You Will, Bus Stop, Nixon's Nixon, Candida, Private Lives, Dear Master, Butley

Bill has directed 20 productions at American Players Theatre in Spring Green, Wisconsin, including The Recruiting Officer, Three Sisters, King Lear, Travesties, The Importance of Being Earnest, All My Sons, Troilus and Cressida, The Critic, Hay Fever, The Comedy of Errors, Night of the Iguana, Antony and Cleopatra, All’s Well That Ends Well, You Never Can Tell and The Matchmaker. He directed and wrote (with Doug Frew) To Master the Art for TimeLine Theatre Company where he is an Associate Artist and most recently directed the world premiere of Susan Felder’s Wasteland. He has directed four plays at Northlight, including his own adaptation with music of She Stoops to Conquers. He directed Skylight at Court Theatre and at Indiana Rep, Around the World in Eighty Days and Fallen Angels. He is the Associate Artistic Director of Montana Shakespeare in the Parks, where he has directed and acted since 1980. He regularly teaches and directs at universities across the country, most recently Loyola University Chicago, University of Houston, University of Illinois Urbana-Champaign and Northwestern. As an actor Brown has appeared in over a hundred productions. He appeared as Ebenezer Scrooge in A Christmas Carol at Goodman Theatre where he also appeared in Light up the Sky, Sunday in the Park with George, The Misanthrope and Wings. At Court Theatre, he appeared as Falstaff in Henry IV, Jack in The Importance of Being Earnest and Almady in The Play's The Thing. He created the role of Jody in Steven Dietz’s Lonely Planet (Northlight Theatre). Brown received a Joseph Jefferson Award for Best Director for The Liar (Writers Theatre) and a Best Actor award for his portrayal of Henry Kissinger in Nixon’s Nixon (Writers Theatre).  He received a 2010 Spirit of Diversity Award from Actors’ Equity Association and was named Chicagoan of the Year for Theatre by the Chicago Tribune in 2003. williambrowndirector.com