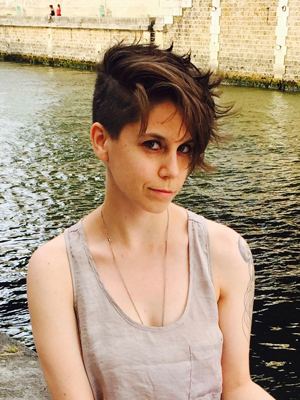 Jen Silverman is a New York-based playwright and writer. Born in the U.S., she was raised across the U.S., Europe and Asia. Her theatre work includes The Moors (Yale Repertory Theatre premiere, off-Broadway with The Playwrights Realm, Susan Smith Blackburn finalist), The Roommate (Actor’s Theatre of Louisville world premiere, produced widely across the U.S. including productions at South Coast Rep and Williamstown Theatre Festival, upcoming at Steppenwolf) and Collective Rage: A Play in Five Betties (Woolly Mammoth premiere, The Theater @ Boston Court, Southwark Playhouse in London). Jen is a member of New Dramatists, a Core Writer at the Playwrights Center in Minneapolis, an affiliated artist with SPACE on Ryder Farm, and has developed work with the O’Neill National Playwrights Conference, New York Theatre Workshop, Bay Area Playwrights Festival, The Ground Floor Residency at Berkeley Rep and the Royal Court in London among other places. She’s a two-time MacDowell fellow, recipient of a New York Foundation for the Arts grant, the Helen Merrill Award, an LMCC Fellowship and the Yale Drama Series Award. She is the 2016/17 Playwrights of New York (PoNY) Fellow at the Lark. Her plays have been published by Samuel French (US) and Oberon Books (UK), and she has a two-book deal with Random House for a collection of stories called The Island Dwellers and a novel. Education: Brown, Iowa Playwrights Workshop, Juilliard. www.jensilverman.com