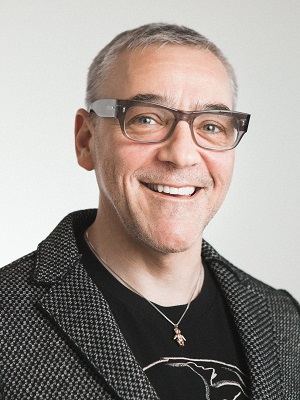 At Writers Theatre (as an Adapter): A Doll's House, The Duchess of Malfi, The Father, In the Heart of Winter, A Play on Words, Love & Lunacy

At Writers Theatre (as an Actor): Into the Woods

Michael Halberstamis the co-founder of Writers Theatre. He has directed over thirty-five productions for the company, including Not About Heroes (starring Nicholas Pennell), Private Lives, Look Back In Anger, Candida, The Father, Crime and Punishment, Benefactors, The Seagull, The Duchess of Malfi, Othello, The Savannah Disputation, the world premiere musical A Minister’s Wife, Rosencrantz and Guildenstern Are Dead, She Loves Me, The Real Thing, Hamlet, Sweet Charity, Days Like Today, Isaac’s Eye, Arcadia, Death of a Streetcar Named Virginia Woolf: A Parody (which he co-directed with Stuart Carden), Julius Caesar (which he co- adapted and directed with Scott Parkinson), The Importance of Being Earnest, and Twelfth Night. Elsewhere he directed The Gamester (Northlight Theatre),A Man for All Seasons (Peninsula Players Theatre), Hamlet (Illinois Shakespeare Festival),Candida (Jean Cocteau Repertory in New York), Ten Little Indians (Drury Lane Theatre), a highly acclaimed revival of Crime and Punishment, which Writers Theatre produced Off-Broadway at 59E59 Theaters in New York City, Enchanted April and State of the Union(Milwaukee Repertory Theater). In 2011 he directed A Minister’s Wife at Lincoln Center Theater, and also directed the west coast premiere at San Jose Repertory Theatre in 2013. His forays into opera have included The Rape of Lucretia (Chicago Opera Theater),Francesca da Rimini featuring the Chicago Symphony Orchestra conducted by Christoph Eschenbach and Le Freyshutz, a Berlioz adaptation of the Weber opera conducted by Christoph Eschenbach in its North American Premiere (Ravinia Festival). He spent two and a half years teaching Shakespeare at The Theatre School at DePaul University and has received awards for excellence in theater management and artistic achievement from The Chicago Drama League, The Arts & Business Council, Chicago Lawyers for the Creative Arts and The Chicago Associates of the Stratford Festival. He also received the 2010 Zelda Fichandler Award, the 2013 Artistic Achievement Award from the League of Chicago Theatres, was named Chicago Tribune's 2013 "Chicagoan of the Year" for Theater; received the 2016 Award of Honor for Outstanding Contributions to the Field from the Illinois Theatre Association; a special award for 2016 from the Joseph Jefferson Award Committee for outstanding theatrical accomplishments and contributions to Chicagoland theatre for the past 25 years; and a distinguished Alumnus Award from the University of Illinois. He currently serves on the board of the Arts Club of Chicago.