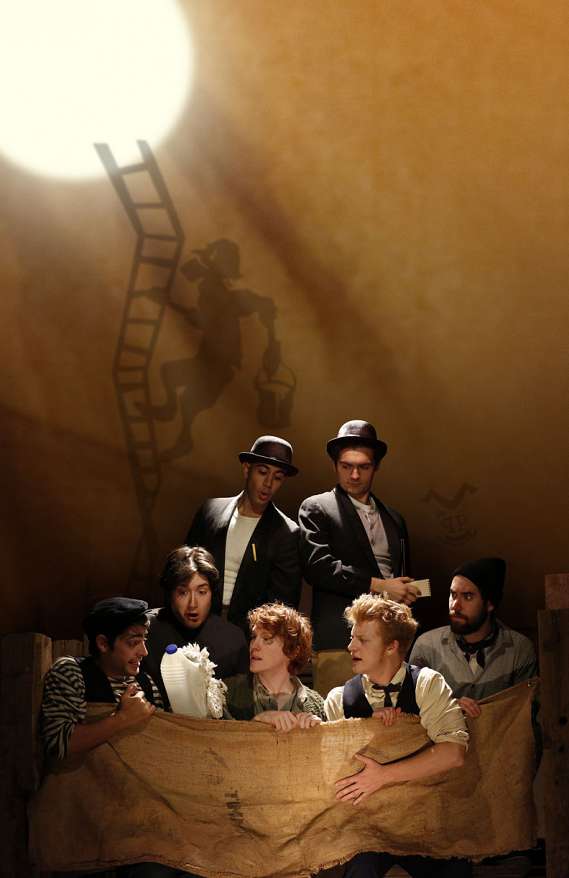 The Old Man and The Old Moon

Location: 325 Tudor Ct | Get Directions ›
Running Time: 1 hour 40 minutes
Donate Now
Writers Theatre invites you to dive headlong into a theatrical fable that celebrates the power of imagination! The Old Man and The Old Moon creates an epic new mythology, centered on a man whose job is to collect spilled light to refill the leaking moon. When his wife unexpectedly leaves home in pursuit of much-needed adventure, he abandons his post to follow her, throwing the world into chaos as he searches for his lost love, his fading memory and, ultimately, himself. A blend of resonant storytelling, spirited indie-folk music and inventive puppetry creates a theatrical experience that will win you over with its wit, style and depth of emotion.

Writers Theatre is thrilled to collaborate with the young men of PigPen Theatre Co., who bring the story of The Old Man and the Old Moon to such brilliant, vibrant life that its New York production earned a coveted spot on multiple “Best of the Year” lists.

PigPen Theatre Co.'s new EP, "The Way I'm Running," is out now at major online music sellers, and via pigpentheatre.com

The Old Man and The Old Moon features music from the debut album “Bremen.”

Run time: Approximately 1 hour and 40 minutes with no intermission.

“This epic fable is imaginative storytelling at its best. An adventure well worth taking!”
– Chicago Critic

From Page to Stage takes you inside the artistry of The Old Man and The Old Moon!

Writers Theatre and select North Shore libraries are proud to present the ninth annual From Page to Stage program.  This comprehensive series of special events, lectures, demonstrations and performances are designed to enhance and enrich your appreciation of The Old Man and The Old Moon by PigPen Theatre Co.

All events are FREE of charge and open to the public.

LECTURE: SPINNING YARNS AND TREADING THE BOARDS
The Connection of Storytelling Tradition and Theatrical Experience
Featuring: Rives Collins, Northwestern University Professor of Storytelling
Sunday, September 22 – 2:00pm
Wilmette Public Library - 1242 Wilmette Ave, Wilmette, IL 60091
(847) 256-5025 | www.wilmettelibrary.info
Northwestern Professor Rives Collins uses PigPen Theatre Co.’s Tedx talk on storytelling technique as a launching pad to  delve into the storytelling tradition, with a focus on the age-old need to tell (and listen to!) stories, and how that oral tradition ties into the theatrical experience.

THE OLD MAN AND THE OLD MOON 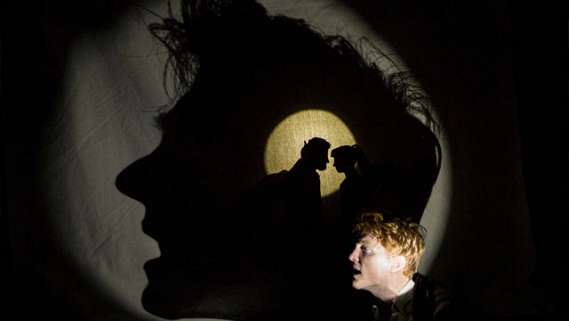 + PigPen Theatre Co. demonstrates the shadow puppetry techniques used in "Just Like the Sea" from THE OLD MAN AND THE OLD MOON (1:42) 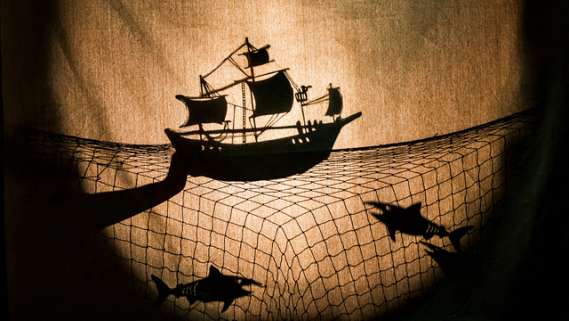 + PigPen Theatre Co. demonstrates the shadow puppetry techniques used in "Sail For Love" from THE OLD MAN AND THE OLD MOON (1:34) 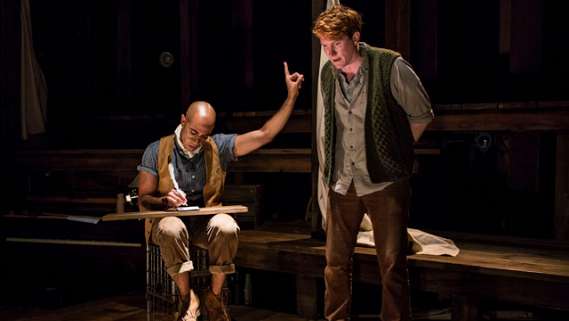 + PigPen Theatre Co. demonstrates the puppetry techniques used to create the character of Mickey from THE OLD MAN AND THE OLD MOON (1:28)

THE OLD MAN AND THE OLD MOON - Director Interview 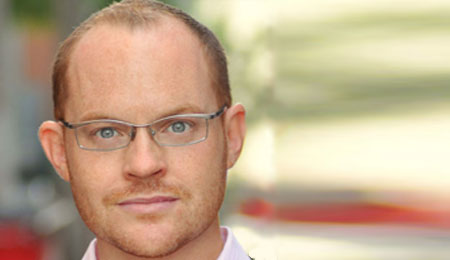