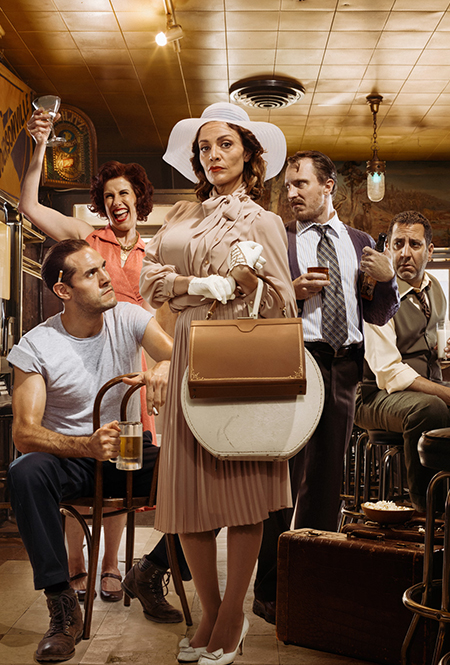 Death of a Streetcar Named Virginia Woolf: A Parody

Location: 325 Tudor Court | Get Directions ›
Running Time: 70 minutes, no intermission
Donate Now
Download Brief Chronicle Brief Chronicle
This hilarious result of collaboration between Writers Theatre and Chicago's world-renowned comedy theatre, The Second City, asks the intriguing question: What happens when the most recognizable characters from some of the greatest American plays of the 20th century suddenly find themselves sharing the same stage?

When a mysterious invitation brings Blanche DuBois back to New Orleans, she finds herself once again face-to-face with the smoldering Stanley Kowalski. They are soon joined by luckless salesman Willy Loman and hard-drinking, hard-fighting couple George and Martha, and suddenly all bets are off. Add a folksy Stage Manager and the comic genius of The Second City team, and the question quickly becomes: Will the American theatre ever be the same?

Co-directed by Artistic Director Michael Halberstam and Stuart Carden, this deliciously satirical mash-up of A Streetcar Named Desire, Death of a Salesman, Who's Afraid of Virginia Woolf? and Our Town opens the Gillian Theatre with a tongue-in-cheek salute to celebrated icons of American drama.

“So cleverly written, weaving together storylines, characters and relationships to create a fun spoof of these famous plays."
Audience Member

“This is the funniest play ever written. For anyone in any aspect of theater, for anyone who has a season subscription anywhere, for all American high school drama students."
Third Coast Review

“****! This smart send-up is a multilayered treat!”
Timeout Chicago

“*****!
A flawless, laugh-a-minute parody.”
Around the Town Chicago

“****! Get ready for what may be the most laugh-filled 65 minutes
you've ever spent in a theatre.”
Chicago Now

“Highly Recommended! A brilliant six-member ensemble of veteran actors who know these plays well enough to clearly delight in a chance to have fun with them.”
Chicago Critic

“This one-act, 70-minute juggernaut is a non-stop laugh riot,
with pacing so relentless, there’s barely enough time to catch your breath."
Performink

Sunday, June 19, 2016
Sunday Spotlight is our exclusive series offering audiences access to the finest speakers, academics and cultural leaders. For Death of a Streetcar Named Virginia Woolf: A Parody, Matt Hovde, the Artistic Director of The Second City training center, will discuss with Writers Theatre Literary Manager Bobby Kennedy the philosophies and methods employed by the legendary institution to craft a successful comedy show. RSVP required.

The Making of... Death of a Streetcar Named Virginia Woolf: A Parody

Monday, June 27, 2016 at 6:30pm
Ever wondered what goes on behind the scenes of the shows you love?
Literary Manager Bobby Kennedy will lead a 1-hour conversation and question-and-answer session with Costume Supervisor Emily Waecker. Emily will talk about how she works with our designers to bring their costume sketches to life on stage, and what it’s like to finally have a proper costume shop in WT’s new theatre center. RSVP required.

From Page to Stage Series

This series of events is a collaboration between WT and select North Shore libraries designed to enhance and enrich your appreciation of one WT production each season. All events are free and open to the public.
View event details & RSVP >>

DEATH OF A STREETCAR NAMED VIRGINIA WOOLF: A PARODY Production Photos
(Showing 9 of 20) 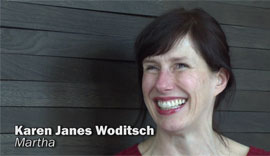 DEATH OF A STREETCAR NAMED VIRGINIA WOOLF: A PARODY First Rehearsal
(Showing 9 of 18)

DEATH OF A STREETCAR NAMED VIRGINIA WOOLF: A PARODY - Setting the Scene 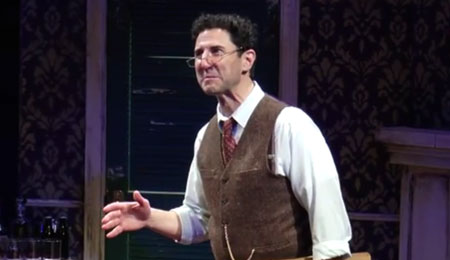 + Sean Fortunato as The Stage Manager sets the scene.

DEATH OF A STREETCAR NAMED VIRGINIA WOOLF: A PARODY - What Can I Do? 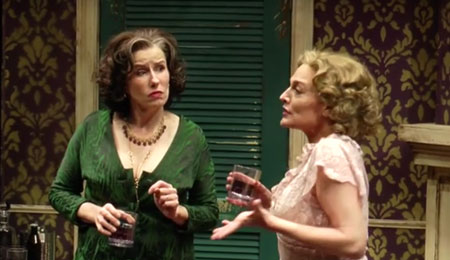