Welcome to the oldest and newest show in our 2019/20 Season—a classic play presented in a world premiere adaptation! 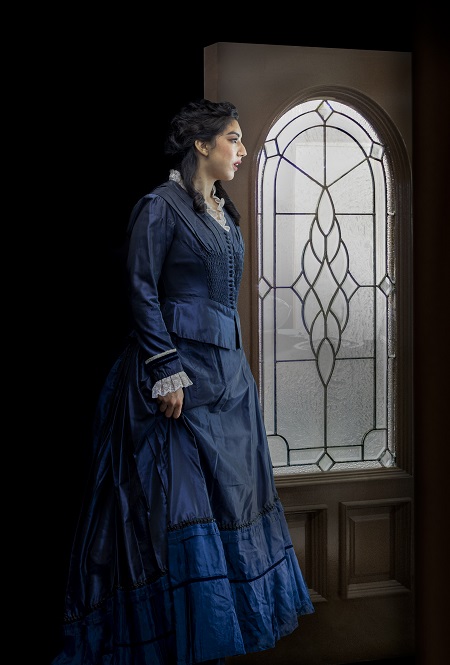 Henrik Ibsen’s original version of A Doll’s House premiered in Copenhagen in 1879. This new adaptation by Chicago playwright Sandra Delgado and Writers Theatre Artistic Director Michael Halberstam—commissioned by Writers Theatre’s Literary Development Initiative—will be playing for audiences for the very first time here in Glencoe. The adapters have honed Ibsen’s three act play into a streamlined 90-minute version, performed in one charged act with no intermission. While keeping the story set in 19th century Oslo, Delgado and Halberstam, in conversation with director Lavina Jadhwani, are intentionally sharpening the play’s dialogue and design in ways that blur the lines between then and now.

Writers Theatre has always been equally enamored with classics and new works; our very first production, Love & Lunacy, was a collection of canonical writings, presented in an original stage adaptation. While some of our biggest successes over the many years have been revivals from the dramatic canon, as the world evolves and cultural tastes change, some of these stories as originally told have become challenged in their ability to connect with a modern audience. There can be many reasons for this. The content or language may now be too unfamiliar for it to be accessible. The pacing may be too slow or the dialogue too repetitive for the faster pace at which we now live. The story may lack inclusivity by narrowly telling the story of only one race or gender, limiting its appeal or relatability to the broader audiences who attend theatre today. Our understanding of and perspective on certain issues may have progressed to a degree that the original material now feels (at best) dated or (at worst) offensive. Any or all of these reasons may prevent a play that had been revered in the past from having the same impact on an audience in 2019.

Fortunately, we are in a time of unparalleled creativity and talent when it comes to all theatre artists—and for playwrights in particular. Diving into what is compelling about the original text, they can tackle head on what it is that’s in need of attention. Sometimes, these plays only need some tightening and freshening up, as is the case with A Doll’s House. Sometimes a lot more reconstruction and rewriting is required. And sometimes there’s a great character or premise that can provide the inspiration for an entirely new tale, such as what Jen Silverman did with last season’s Witch.

Rather than a new initiative, this work is part of a grand tradition of dramatists mining existing stories for new possibilities, a process that dates back to the Ancient Greeks. And it is work that Writers Theatre has been doing for years. Curt Columbus created a new adaptation of Anton Chekhov’s Seagull for WT in 2006. A Minister’s Wife, a musical interpretation of George Bernard Shaw’s Candida by Austin Pendleton, Jan Levy Tranen and Josh Schmidt, was commissioned by WT and premiered here in 2009. Conor McPherson’s adapted version of The Dance of Death by August Strindberg received its American premiere in 2014. Tim Sniffen and Tim Ryder parodied the classics in 2016’s Death of a Streetcar Named Virginia Woolf. Monica Hoth and Claudio Valdes Kuri brought Miguel de Cervantes’s iconic character to the present day with Quixote: On the Conquest of Self in 2017. Several more projects currently in development at Writers Theatre follow the same impulse of these past triumphs.

Since announcing our production of A Doll’s House, we have heard equal amounts of excitement from classic theatre enthusiasts and fans of new work. For those of you who know the original, we are excited to hear what you think of this version. For those of you experiencing the play for the first time, we want to know how it lands with you too. Ibsen’s play shocked the world and changed the course of playwriting when it debuted. We believe, with the contributions of all the incredible artists on this new production, you will find the story of Nora just as moving and impactful today. Thank you for being here.