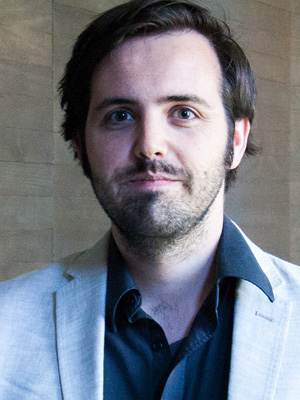 At Writers Theatre (as Dramaturg): Quixote: On the Conquest of Self, TREVOR the musical, Parade, The Scene, Julius Caesar, Company, Death of a Streetcar Named Virginia Woolf: A Parody, Arcadia, Marjorie Prime, Isaac's Eye, Hedda Gabler, Port Authority, Sweet Charity, The Letters, Hamlet, The Real Thing, Heartbreak House, Do the Hustle, She Loves Me, A Streetcar Named Desire, The Old Settler, Oh Coward!, Rosencrantz and Guildenstern Are Dead

Bobby Kennedy is the Director of New Work and Dramaturgy at Writers Theatre. In addition to his dramaturgy work at WT, his credits also include the world premieres of Give It All Back (SideShow Theatre Company), Body and Blood (The Gift Theatre), Ibsen is Dead (Interrobang Theatre Project) and The Peacock (Jackalope Theatre Company), as well as the midwest premiere of The Luck of the Irish (Next Theatre Company). Kennedy co-founded The Spontaneous Theater Project in Boston and has also worked with Huntington Theatre Company and New Repertory Theatre. He is an alumnus of Boston University.