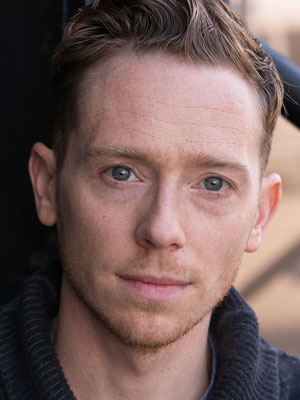 At Writers Theatre: Witch, The Importance of Being Earnest, Doubt: A Parable, Old Glory, The Subject Was Roses, Our Town

Steve Haggard (Cuddy) returns to Writers Theatre where he previously appeared in The Importance of Being Earnest, Doubt: A Parable, Old Glory, The Subject Was Roses and Our Town.Chicago credits include 33 to Nothing, 3C, Sender, The Mutilated, Accidentally Like A Martyr, The Aliens, Kimberly Akimbo and The Mandrake (A Red Orchid Theatre), Tribes (Steppenwolf Theatre Company), Funnyman, Season’s Greetings and She Stoops to Conquer (Northlight Theatre), Wasteland (Timeline Theatre Company), Alias Grace and Winter (Rivendell); King Lear, As You Like It and Romeo and Juliet (Chicago Shakespeare). Regional credits include Arcadia, Rosencrantz and Guildenstern are Dead, Two Gentlemen of Verona, The Tempest, Hay Fever, Comedy of Errors and Ah Wilderness! (American Players Theatre), Almost Maine (Milwaukee Repertory Theater) and Fallen Angels (Indiana Repertory). Steve is an ensemble member of A Red Orchid Theatre and a graduate of The Theatre School at DePaul University.