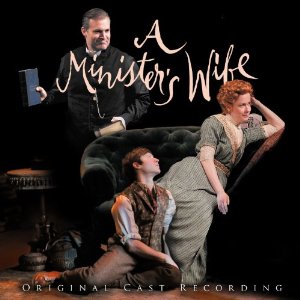 The original off-broadway recording of A Minister's Wife is now available on CD:

Based on a 1898 version of George Bernard Shaw's Candida (Shaw revised the work in 1930), and conceived and directed by Michael Halberstam, A Minister's Wife stars Tony Award-nominees Marc Kudisch and Bobby Steggert, plus Kate Fry, Liz Baltes and Drew Gehling.

A Minister's Wife is available for purchase for $10.*
To order your CD, contact the Box Office. 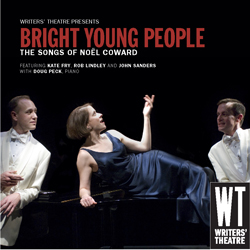 The music of Noël Coward is now available on CD:

Kate Fry, Rob Lindley, John Sanders and Musical Director Doug Peck celebrate one of the theatre’s greatest entertainers—Noël Coward. Coward was one of the most prolific songwriters of all time, having penned over 300 songs in his 60-year career. Under the direction of Jim Corti, this trio brings to life Coward’s effervescent lyrics and moving melodies.

Bright Young People: The Songs of Noël Coward is available for purchase for $10.*
To order your CD, contact the Box Office.