History Behind the Parodied: WHO’S AFRAID OF VIRGINIA WOOLF?

Karen Janes Woditsch as Martha and John Hoogenakker as George in DEATH OF A STREETCAR NAMED VIRGINIA WOOLF: A PARODY at WT. Photo by Michael Brosilow. 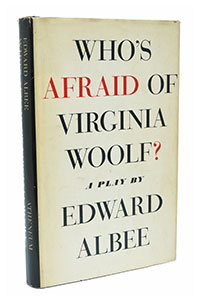 Famous Lines: “I hope that was an empty bottle, George! You can’t afford to waste good liquor, not on YOUR salary!” “Dashed hopes and good intentions. Good, better, best, bested.” “George and Martha: sad sad sad.”

With the first full-length play of his career, Edward Albee became an overnight sensation. He was the first major American dramatist to blend some of the wordplay used by absurdist writers like Beckett and Ionesco into the realism of mainstream American drama. Like Miller and Williams, Albee was also attacking the illusion of the mid-century American idyll. The freshness of Albee’s writing and his disregard for the traditional rules of what was acceptable to put on stage made the play an important early entry in the 1960s countercultural revolution that would continue to escalate as the decade continued. 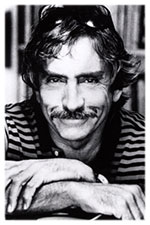 The original Broadway production of Who’s Afraid of Virginia Woolf? opened in 1962 and played for 669 performances, starring Arthur Hill and Uta Hagen as the infamous George and Martha. The play won the 1963 Tony Award for Best Play and was selected for the 1963 Pulitzer Prize for Drama, but the Pulitzer Advisory Board overruled the decision because of concerns about the play’s profanity and sexual themes. Instead, no Drama Award was given that year. Mike Nichols directed a film adaptation of the play released in 1966 that starred Hollywood power couple Richard Burton and Elizabeth Taylor. The adaptation was a big success, winning Taylor an Oscar for her performance. Chicago audiences were able to see Steppenwolf Theater Company’s 2010 production of Who’s Afraid of Virginia Woolf? Starring Tracy Letts and Amy Morton, before the production moved to Broadway in 2012. Letts won the Tony Award for Best Actor for his performance.