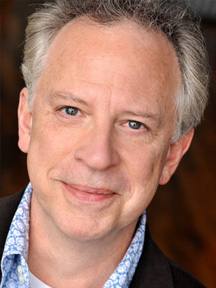 At Writers Theatre: The Importance of Being Earnest, Hamlet, She Loves Me, The Uneasy Chair, As You Like It and Bach at Leipzig

Chicago credits include: Kiss Me Kate, Hot Mikado, Hairspray, The Producers and Fiddler on the Roof (Marriott Lincolnshire Theatre); As You Like It, Twelfth Night, The Comedy of Errors, King Lear, Troilus and Cressida (Chicago Shakespeare Theatre) and Henry IV Parts 1 & 2 (Chicago Shakespeare and on tour to the Royal Shakespeare Company, Stratford-upon-Avon); The Man Who Came to Dinner, One Flew Over the Cuckoo's Nest (Steppenwolf Theatre Company); Waiting for Godot, A Funny Thing Happened on the Way to the Forum (Joseph Jefferson Award), The Rover, A Christmas Carol and Stage Kiss (Goodman Theatre); A Man of No Importance (Joseph Jefferson Award), The Dresser (After Dark Award) and Where's Charlie (Joseph Jefferson Award, Apple Tree Theatre). Broadway credits include: A Funny Thing Happened on the Way to the Forum (St. James Theatre), The Tempest (Broadhurst Theatre) and One Flew Over the Cuckoo's Nest (Bernard B. Jacobs Theatre). His reprise of his role as Koko in The Hot Mikado in London’s West End production earned him a Laurence Olivier Award nomination (Queen's Theatre).