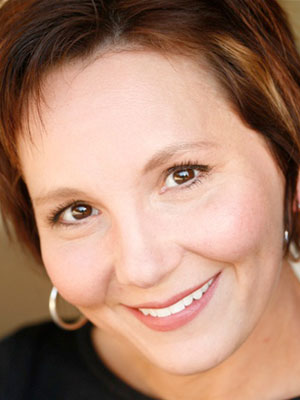 At Writers Theatre (as an Actor): The Turn of the Screw, Another Part of the Forest, Arms and The Man, My Own Stranger, Our Town, Rocket to the Moon, and Butley

Kymberly recently returned to Chicago as Casting Director and Producing Associate at Writers Theatre. Recently, Kymberly spent several years in Utah as Founding Drama Academy Director for Pioneer Charter High School for the Performing Arts and as a Visiting Professor at Brigham Young University in the Musical/Dance/Theatre and Actor Training programs. She was also the Artistic Producer and Executive Board Member for Utah Repertory Theater while freelance directing, acting and teaching. As a member of Actor's Equity Association Kymberly has been seen in several seasons of the Utah Shakespeare Festival, playing Madame Thenardier in Les Miserables, Gertrude in Hamlet, Lady Macbeth in Macbeth, Beatrice in Much Ado about Nothing, Mistress Quickly in The Merry Wives of Windsor, and Titania/Hippolyta in A Midsummer Night's Dream. Her directing credits include Sundance Theatre's Annie Get Your Gun; Kiss and Tell, Lend Me a Tenor (Hale Orem Center Theater); ANTHEM; The Greatest Love (Utah Shakespeare Festival NAPP), FeFu and Her Friends, As You Like It, The Turn of the Screw, Racine's Berenice, Children of Eden and Blood Brothers (Brigham Young University). Regional credits include productions at Writers Theatre, Court Theatre, Northlight Theatre, Chicago Shakespeare Theater, Steppenwolf Theatre Company, Marriott Lincolnshire Theatre, Ravinia, Peninsula Players and Pioneer Theatre Company. Mellen is a proud member of Actors' Equity Association. She was named the Chicago Tribune's 2003 "Chicagoan of the Year" for Theater. www.kymberlymellen.com