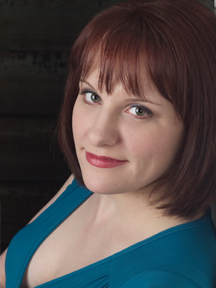 Ericka has served as Associate Director/Choreographer for productions such as the U.S. premieres of Ride the Cyclone (MCC Theatre, Chicago Shakespeare Theatre), the world premiere of Diary of a Wimpy Kid the Musical (Children’s Theatre Company), The Little Mermaid (Chicago Shakespeare Theatre), the world premiere of Alice’s Rock and Roll Adventure (Chicago Children’s Theatre), and Guys and Dolls (Marriott Theatre). Choreography credits include Mamma Mia, How Can You Run With A Shell On Your Back? and SchoolHouse Rock Live! (Marriott Theatre) as well as at area high schools, colleges, community theaters, trade show events and commercials.

Ericka has been performing in Chicago theaters for 16 years. She has appeared in 28 productions at the Marriott Theatre in Lincolnshire. She has also performed at The Rosemont Theatre (Radio City Christmas Spectacular). Additional performance credits include Seussical the Musical, The Adventures of Pinnochio (Chicago Shakespeare Theatre), Cats, A Christmas Story, Hairspray (Paramount Theatre), Velma in Chicago (Drury Lane Oakbrook, Theatre at the Center and Peninsula Players), Oklahoma! and Ellie in Showboat (The Lyric Opera of Chicago). Ericka has been an Adjunct Professor of Ballet and taught master classes at Elmhurst College, Loyola University Chicago, Northwestern University and The Joffrey Ballet.  She is a musical theatre teacher at The Performer’s School in Highland Park. Ericka is a voiceover artist for companies such as Motorola, ESPN, Embassy Suites, John Frieda and The American Dental Association. As a singer/songwriter, Ericka has performed her original tunes at several Chicagoland venues. Proud member of AEA, AGMA, and AGVA.