Chicagoan of the Year in Theater: Michael Halberstam 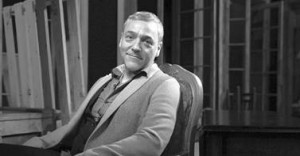 On December 27, 2013, the Chicago Tribune named Writers Theatre Artistic Director Michael Halberstam the Chicagoan of the Year in Theater.

“Michael Halberstam, the co-founder and artistic director of Writers Theatre in Glencoe, is ambitious, likable and determined.

That trifecta of qualities, rarer than you might think in artistic directors of non-profit theaters, goes a long way toward explaining how Writers raised…sufficient money to permanently change the face both of Chicago-area theater and the village of Glencoe.”

“This has been a life-changing year,” the 48-year-old Halberstam said, in an interview this week. “I’ve really tried to dedicate the last couple of decades not to building a directing career but to building an institution. It has been a complicated journey, but this feels like the fruition of everything coming together.”