Song of the King 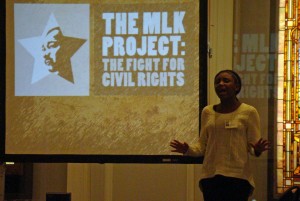 On January 20th, 2014, the spoken word piece below was performed by Ireon Roach, a Senn High School student, prior to Writers Theatre’s performance of The MLK Project: The Fight for Civil Rights at the Chicago History Museum.

Song of the King 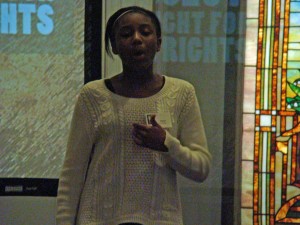 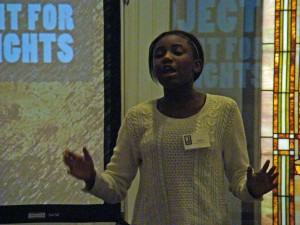 Kings don’t watch on as races race for the destruction of humanity, no
A true King would march alongside those other races for a higher placement of civilization because we should no longer be caged in by words of hate and force our words to accommodate to new occupations

A true King would demonstrate love peace and harmony with his words, he would harm them with his words until competition is screaming

“Don’t bother me with your words because,
I’ve listened. I understand.”
See a King can do all of this without the
help of a gun or a fisted hand.
Kings will sleep with wisdom hidden 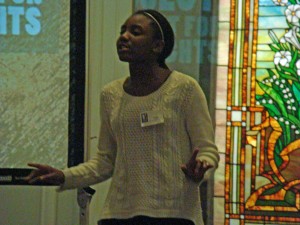 beneath their pillows of wonder for safekeeping
only waking in the grateful night that royal mind was graced with a dream
dreams consisting of
little black boys and little black girls growing to be colorless men and women
but more importantly, pioneers of the new world
being taught not to look away,
but look ahead and
wade in the water that they’d tread
to grant names for themselves 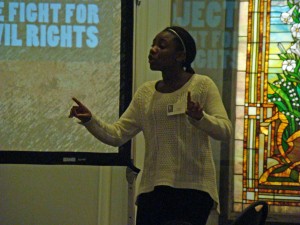 and if they’re lucky you’d be named
King
and they said that you’ll never be royal
King, sleep, sweet dreams as you listen to my voice lull you to freedom
to victory
and i hope your slumber has you ringing with the King’s song just like,

letting freedom ring from every mountainside
because it’s there,
and as long as the king still reigns, it will never leave
and if you’d listen very closely
you’d hear a whisper of the song if the King
“I sing because I’m happy
I sing because I’m free
His eye is on the sparrow,
Now sing because you’re King”