Behind the Scenes of a World Premiere 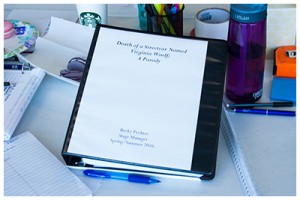 When I first signed on to be the Assistant Director for Death of A Streetcar Named Virginia Woolf: A Parody, the script hadn’t been given to me as it was still in the developmental phase, and yet I ecstatically agreed to be a part of the project. Knowing that it was a show which encompassed my two loves, Writers Theatre and The Second City, as well as parodying some of the greatest American plays, I knew that I just had to be involved with this project. From the first day of rehearsal, my feeling was solidified into knowing that this piece was going to be one of the most hilarious and inspiring shows I have ever worked on. 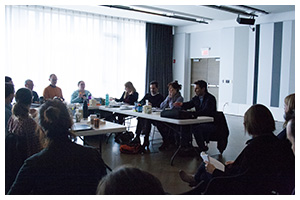 The first week of rehearsal started with an incredible read through of the most current draft of the play in front of the Writers Theatre staff, and some of the team from The Second City, which kicked us off into a very exciting energy for the rest of the rehearsal process. Once the room was left to the cast and production team, we dove into the heart of the play, the humor and the comedic rules in which we are going to follow in bringing this hilarious endeavor to the stage. With three weeks of rehearsal, we knew that we would have just enough time to make this play our own, and also help develop it into something that can be seen as a brilliant treat for theater communities all around the United States. 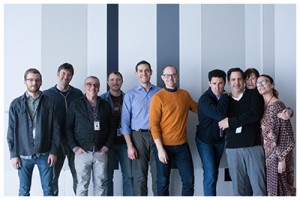 The phrase “time flies when you are having fun” became the saying in my head when we all of a sudden were in tech putting our hard work on the stage with the beautiful scenic, lighting, sound, and costume design before our preview audiences arrived. By that time the script had gone through incredible strides in the journey the audience will take with these beloved characters, the tempo and set up of each joke, and the questions that it wanted to ask when audiences were finally able to watch. Once tech was completed, we had invited some test audiences to watch our work which doesn’t always happen in the typical theatre process, but with the nature of the comedic piece, those early on laughs proved to be a great way to shape the show before the public’s viewing. 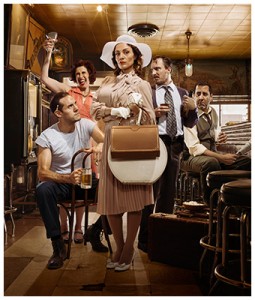 Through previews I’ve witnessed magic from the cast and crew in making this play a comedic machine. With every presentation to the public, the laughs get stronger, the ensemble becomes more in sync with one another, and the feeling in the theatre has moved from doing the show with the hope that it is working to presenting the show because it is a blast to be a part of. After our last preview, the cast showed that having fun was the final necessary piece to this complex and comedic puzzle. Following the performance, the directors and cast sat in the empty theatre and explained that our play provides an escape for people to celebrate the characters they love and leave the world behind for an hour. Personally, that is the definition of what makes good comedy; a vessel to bring people together as a way to soften what is happening around them, and provide a moment of escape from the world. I know I speak on behalf of everyone involved in the creation of this production when I say that we are so excited to provide this moment of fun and escape for just a little bit of time as we celebrate these great American classics in the hilariously written and performed production of Death of A Streetcar Named Virginia Woolf: A Parody.