Ron OJ Parson is one of the busiest and hardest working directors in Chicago. In addition to his work at WT, this season alone he will also direct plays at Windy City Playhouse, Court Theatre, TimeLine Theatre Company and American Blues Theater. With East Texas Hot Links, the award-winning director gets to revisit the play that launched his career. Parson started acting as a child in Buffalo, New York, later attending the theatre program at the University of Michigan before returning East to work as an actor and director. But in 1994, Parson would make a move that would change the course of his career.

He recalls, “I was in New York and my friend Alfred Wilson [playing Columbus Frye in East Texas Hot Links] was working at the Goodman.

He told me he could get me an audition at the Goodman if I wanted. I’d been in New York for several years and kinda really got out of the business and moved back to Buffalo to regroup. So he said come give it a shot in Chicago.”

Parson got the part and started to find success as an actor in Chicagoland. However, his heart was still set on directing, and so he and Wilson decided to found their own company, Onyx Theatre Ensemble. “We didn’t have any plays in mind or anything. We just thought, ‘let’s get some money together and do a play.’ We didn’t have a board or a staff or any of that.” In addition to Parson and Wilson, other key founding members included Celeste Williams, Philip Van Lear, Lydia Diamond and Marsha Estell. 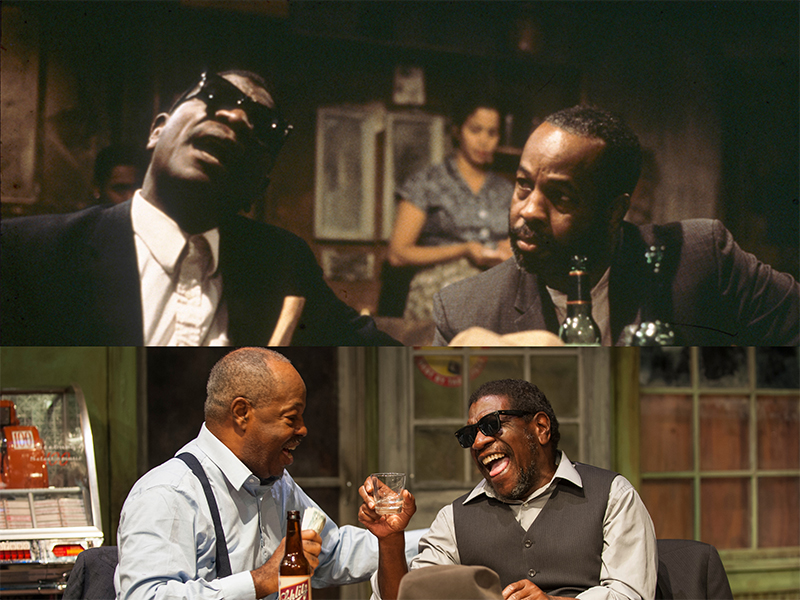 The first production Onyx ever produced was Eugene Lee’s East Texas Hot Links. “We were looking for a play to produce,” remembers Parson, “and I knew Ruben Santiago-Hudson who was in the New York production at the Public Theatre in 1994. I called him and said ‘Hey man, I’m in Chicago now; we got this theatre company. You got any plays you can think of we can do?’ And he suggested it. That was the first one. That’s what really got us going.”

East Texas Hot Links was a confident and successful debut for the new company in 1995, with strongly favorable notices appearing in the Chicago Tribune and Chicago Reader. The production was so successful that Onyx produced the play again in 1998 to equal acclaim. Onyx Theatre Ensemble performed in the Edgewater Presbyterian Church on Bryn Mawr Avenue in Chicago (which is now the home of City Lit Theatre) and helped launch the careers of many African-American theatre artists working in Chicago and elsewhere before shutting down. “We were around for five years, did about six or seven shows, and then everybody was becoming too busy,” explains Parson. “We didn’t have a structure. We were just a bunch of people who wanted to put on a play. It was enough for a little while but after a while that falls by the wayside.” 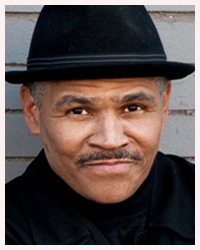 Parson’s directing career would continue to soar after the demise of Onyx. He began directing plays at such reputable theatres as The Black Rep of St. Louis, Steppenwolf Theatre Company, Actors Theatre of Louisville, Milwaukee Repertory Theater, Alliance Theatre and South Coast Repertory. He has been a Resident Artist at Court Theatre for almost 10 years and in 2008, he became the first African American to direct a play at Canada’s esteemed Stratford Festival. Parson has directed three plays for Writers Theatre prior to this one: the world premiere tour of The MLK Project: The Fight for Civil Rights by Yolanda Androzzo in 2007 and again in 2008; John Henry Redwood’s The Old Settler in 2009 at the venue in the previous Tudor Court venue; and a brilliant production of Harold Pinter’s The Caretaker in 2011 in the previous Books on Vernon venue.

But the director never lost his passion for East Texas Hot Links. “I’ve been trying to do the play again every year,” he says. “I’ve done it in Buffalo, New York at a theatre I helped start, and then at Karamu House in Cleveland, which is the oldest black theatre in the country. I get people that come up to me even now and they say ‘When are you going to do East Texas again?’ Twenty years later, they’re still like, ‘We want to see that play again.’”

Parson had actually been talking to Writers Theatre in 2008 about producing the play but he and Artistic Director Michael Halberstam chose The Old Settler instead, largely due to the election of President Obama being seen as a transformative moment in the history of race relations in this country. Reflecting on that decision now, Parson confirms, “It’s as relevant today as it was back [in the ‘90s]. Except for that little period where we thought there’s hope for change. We realize now that the President can’t do everything. That period when I was pitching [the play], everybody had all this hope with Obama being president. Even when we did it [in 1998], there were people in the audience at post-show discussions saying ‘Today’s world is different. That couldn’t happen today.’ But the week we opened, James Byrd, Jr. was dragged by a truck in East Texas. White supremacists tied him to the back of their truck and killed him. That happened where the play takes place. We dedicated the show to Byrd. It shows you stuff hasn’t changed that much. And now this whole ‘make America go back to what it was’ idea… I think it’s important to show some history.”

In addition to its topical relevance, Parson is excited to revisit what he knows is an exceptionally gripping and moving piece of theatre. “I call it a thriller,” he says. “It’s a train ride. You get on the train at the beginning. The train’s moving kinda slow but then it picks up speed and then finally crashes. The play is very important to me because it’s the first show I did in Chicago. It really started my career. It’s very close to me so I really appreciate WT wanting to do it. A 20-year reunion! It’s going to generate a good energy.”