Meet the women behind THE SCENE

“Is there something that your character experiences in The Scene or about the play in general that really resonates with you and intersects with your life?”

These two strong women, inside and outside the rehearsal room, dig deep to understand how their reality connects to the narrative of The Scene. 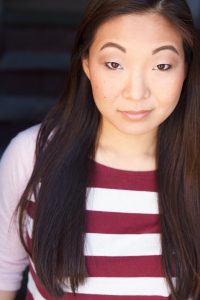 Unlike Clea, I’m totally a hideous feminist. I probably couldn’t be more unlike her, so she presented a big challenge. Unexpectedly, the recent climate and outcome of politics in the last year gave me a new lens through which to see her.

No matter what one’s opinion of Hillary Clinton is, it’s undeniable that she’s undergone some intense scrutiny since the beginning of her time in the public eye. Some of it, I doubt, wouldn’t be quite so brutal if she weren’t, well, a she.

So, it’s no surprise to me that a world that treats Hillary that way would also produce a woman like Clea. She might not have the vocabulary or the education to articulate what she’s doing, but I imagine that she’s no stranger to the sting of being underestimated, and she’s smart enough to eventually turn it into an advantage. And, probably to her chagrin, I would even consider Clea a budding feminist, too. 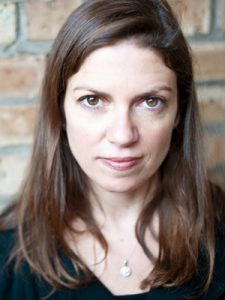 I don’t have a “character” per se, but so much of the play on the whole really resonates with me. I’m particularly interested in how the larger social and professional scene, the outer life, impacts the domestic, familial relationships, the inner life. The play raises questions about whether or not we can “have it all”—a successful career, a stable romantic partnership, solid friendships, the possibility of family life—and remain authentic in our interactions and dedicated to our personal integrities. No one in this play remains unobserved—it is as if they are all living in glass houses. This voyeuristic quality to the play reverberates in my life. What are the consequences to our actions?

When we began casting The Scene, I didn’t specifically have in mind storytelling regarding the racial makeup of the characters. I knew the cast was not going to be all white. An all-white cast simply does not reflect the diverse world we live in. Our stages and stories need to better represent this world. In particular with The Scene, it is a play about a specific New York world, one which is made up of celebrities and wannabes, taste-makers and culture vultures. That world is certainly diverse! I knew early on that I wanted Mark to play Charlie. We have a rich partnership and collaboration, and I know Charlie is providing us with another step on our journey. So, that left the other three characters! As with all plays, Casting Director Stephen Schellhardt and I saw a broad range of actors for Lewis, Clea and Stella. The more I began to understand the play, the more it seemed imperative that Charlie be the only white character. He is a man whose life has for the most part been entitled—artistically, financially, socially—and over the course of the play we watch his collapse in the face of a new world order that he is not equipped to deal with, one in which he has to work harder, find new ways of working, as well as new ways of seeing the women around him. Our old ways, habits woven into the very fiber of our beings, must be dissolved. Theresa’s play is very forward-thinking in that regard.