Meet the Artists: A Conversation with Playwright Eugene Lee 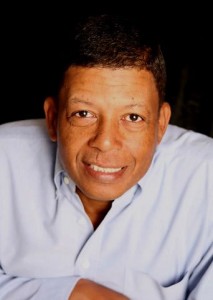 For a young black kid from Houston, Texas, interested in one day becoming a playwright, Eugene Lee was a legend. He was proof that my stories could travel outside of my small community and be taken seriously. He was proof that as an artist of color from the South, my stories matter just as much as the person from New York or Chicago. Eugene Lee was proof that you could get out and be a success. I idolized this man as an artist. So when I had the pleasure to meet him at the Black and Latino New Play Festival at Texas State University, where he leads as Artistic Director, he didn’t diminish in size but grew to Texas-sized proportions. He became more than just the artist whose voice was able to get out of Texas. He became to me a role model of what a father, a husband and a leader in the arts should look like; most importantly, he became a mentor to me, helping me to grow into a better artist and a better human being.
EAST TEXAS HOT LINKS, in my opinion, easily qualifies as a great black theatre classic of our times. When the opportunity arrived for me (that young black kid from Houston who once idolized the man and now has the pleasure of calling him a mentor) to interview Eugene Lee, I jumped at the opportunity to talk to him about his life as an artist, EAST TEXAS HOT LINKS and how this play speaks to our current political climate and #BlackLivesMatter.

Reginald Edmund: Actor, Director, Playwright, Television Writer, Husband, Father, Teacher, Artistic Director of a New Play Festival for Black and Latino writers: My big question is… is there anything you don’t do?

RE: How did you get your start as a professional actor?

EL: It’s been so long ago, man, I’m not sure how to answer that. My first professional gig was in college in a commercial for a bank in Austin, Texas. After college I worked a lot in Dallas in theatre and doing commercials and training videos and as an extra in the early episodes of the original Dallas and other films as well as working as a news announcer for KKDA radio, “Soul for the Southwest”. Ron Howard cast me in his directing debut of a television movie called Cotton Candy in 1978, and after filming that I packed up and moved to L.A.

RE: What made you want to start writing your own plays?

EL: Working with the Negro Ensemble Company doing only new plays, I decided to try my hand at creating some work during a downtime. The process of finding a play intrigued me and we were essentially taking plays off of folks’ typewriters and standing them up on stage. I wanted to try my hand at storytelling.

RE: How did growing up in East Texas affect how you approach playwriting?

EL: I like to think I am writing about some people I had never seen or heard about on the American stage. My family and their stories and histories were compelling and made of Texas-sized love and hate, which seemed perfect for the theatre in that they are dramatic and funny and poignant and worthy of celebrating. The rhythms in their language; the dignity in their character; their flaws, the food, the music that nourished my spirit, the village that raised me.

RE: Do you consider any playwrights your idols or mentors? Who had the most influence on your writing?

EL: August Wilson definitely influenced my storytelling. He told me once that, “It’s alright to let them talk.” In fact, it’s important that I get out of the way and let them talk. I’m also influenced by the classics and their structure as paradigms for dramatic literature. And the absurdists as well as the likes of Rod Serling and Paddy Chayefsky. And of course Samm-Art Williams and Douglas Turner Ward.

RE: Where did the idea for East Texas Hot Links come from?

EL: That’s a long story, man, but essentially the metaphor is in the title: “Links” in the food chain. The play is about how we feed off of each other. 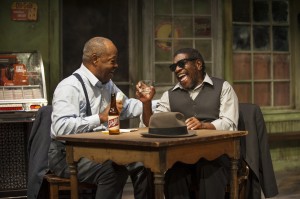 RE: What about East Texas Hot Links captivated you as something you wanted to work on?

EL: I never sat in a room with a white person or had a real conversation with a white person until I was in high school when they integrated the schools. So beyond Jim Crow laws and attitudes, white people didn’t have a physical “presence” in my life very much (in fact, I preferred to avoid them whenever I could and segregation made that easy). So the antagonist is this play is not white people but the Judas goat that sits amongst us.

RE: Tell us about the world that these characters live in. Who are these people, and the times they live in?

EL: Man, this is Texas in the 1950’s. In the days and years before integration. Up in town there were white and colored-only drinking fountains (we always thought the white-only fountains had Kool-Aid in them). There were colored schools and white schools. Separate but by no means equal. The Piney Woods of East Texas and a little black hole in the woods (The Top o’ the Hill Café), where these characters come together to nourish each other in the shadows of the majestic pine forest. There’s blues on the box and cold beer and moonshine and lies and truths to feed on. And just up the road apiece the Klan is burning a cross in a field.

RE: I read recently that East Texas Hot Links is going to be turned into a film by Samuel L. Jackson. Has that gotten underway yet, and if so, how has the process of adapting this amazing play into a screenplay been?

EL: When I sat down to write this I originally intended to write an episode of The Twilight Zone, so adapting the screenplay wasn’t very hard to do at all. I always loved what Rod Serling was able to accomplish with one setting and sometimes just one character. Compelling narratives and character arcs, nuanced and complex storytelling. Sam has come on board as executive producer and we’re in the process of securing financing to make this adaptation.

RE: What do you hope an audience will walk away with after seeing East Texas Hot Links in 2016?

EL: This community comes together to save the life of this young man. Delmus Green (fruit that’s not quite ripe for picking) has dreams of being more than this landscape will allow. He certainly will become a major figure in the Civil Rights movement as a result of the events of this night in this little cafe in the woods. Hope, at the expense of life and this place that has been shelter for so many. Justice, as survivors eliminate the snake hissing amongst them as the sun comes up the next morning. A new day… 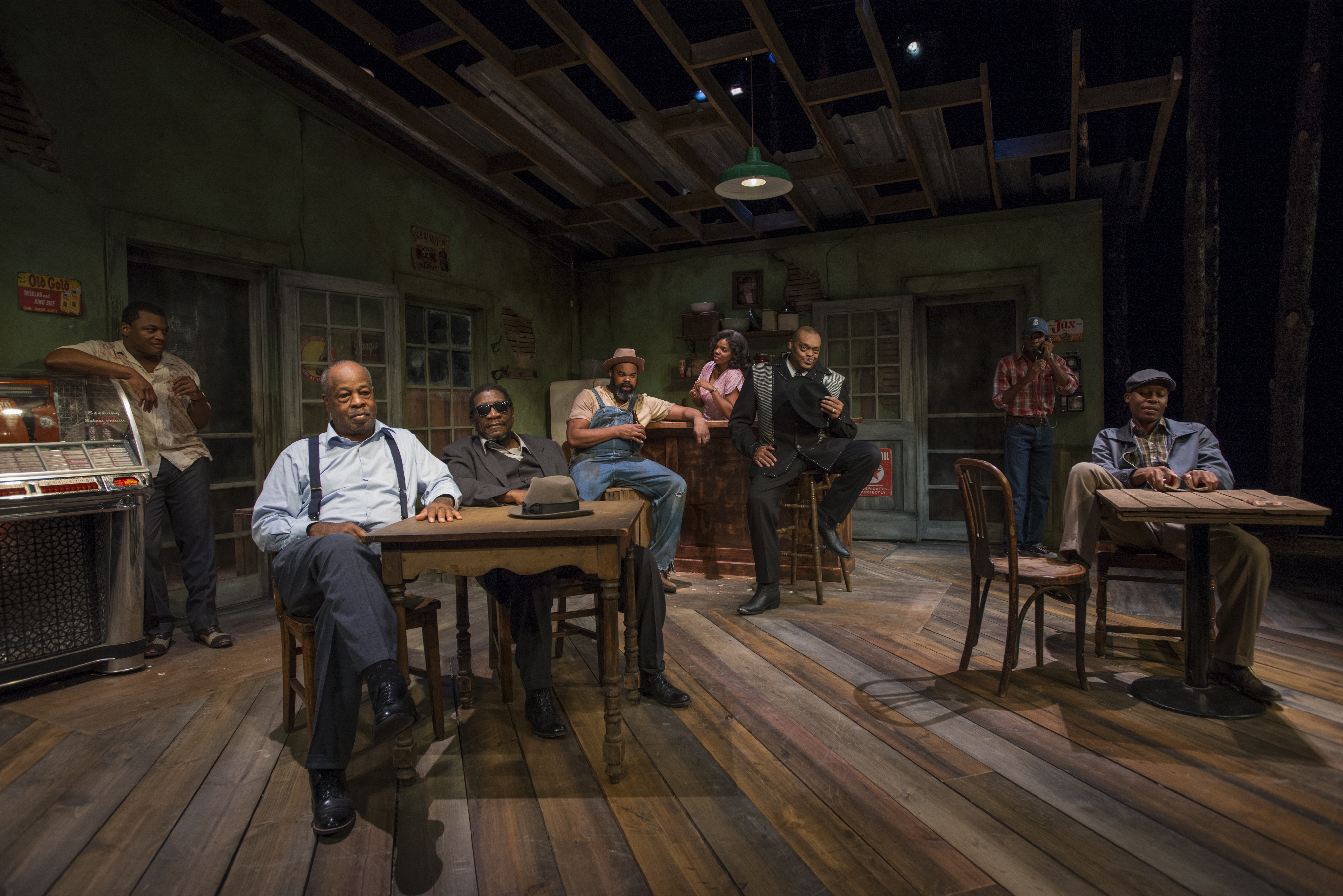 April 27, 2018
On the theater aisle in Washington, D.C.: After three plays in three nights, I was seeing stars | Chicago On the Aisle | Chicago performing arts and other splendors -- best bets in music and theater reviews for cultural travelers and local enthusiasts says,

[…] (played sternly albeit with a hint of vulnerability by Eugene Lee, the same who penned “East Texas Hot Links” ) owns a failing diner frequented by a small […]