The Making of DOUBT: A PARABLE – Experience of an Understudy 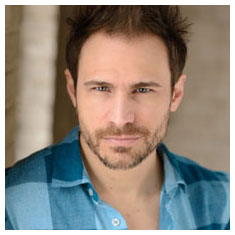 On the evening of July 13th, Literary Manager Bobby Kennedy took the audience behind the scenes of Doubt to focus on the experience of an understudy in Writers Theatre productions. This discussion featured a conversation with Matthew Brumlow, who is currently understudying the role of Father Flynn in Doubt.

Although this was his first time understudying at WT, Brumlow appeared on stage in the principal casts of the productions of Loot in spring of 2000 in Books on Vernon and Another Part of the Forest in the fall of 2006 at the previous Tudor Court venue.

When offered this understudy position, Brumlow jumped at the chance because he wanted to work at WT again and has always been fascinated by this play. Additionally, Brumlow is looking to do some directing and teaching in the near future, and since the understudy role affords the opportunity to observe a director at work in a way that’s a bit different from being a part of the regular cast, he was interested in what he could learn from the experience.

In terms of actor process, Kennedy asked if there’s anything in particular that Brumlow does when first approaching a role – what the beginning of his process looks like. Brumlow explained that having been an English major in undergraduate school, he relies heavily on text analysis. He mentioned that he reads the play through 4 times – making a different list each time: 1) facts about his character, 2) what the character says about himself in the play, 3) what his character says about other characters in the play, and 4) what other characters say about his character in the play. When he reviews these lists, patterns emerge which inform his character development. Once the rehearsal process is underway, he doesn’t return to these lists, but rather hopes their insights have seeped in and allow him to be open and respond to the other characters in the play in a way that’s informed by the text.

Brumlow also greatly appreciates that William Brown is a director who began as an actor and has a knack for asking just the right questions to send an actor down the right roadmap.

Kennedy described the WT rehearsal process:
-3 weeks of rehearsals in a rehearsal space; 6 days/week for 8 hours/day; understudies arrive during the 3rd week of rehearsals
– 1 week of technical rehearsals on the stage (Wed-Sun; 10-12 hours/day)
-1 week of previews during which the cast is rehearsing during the day and performing for audiences at night
-approximately 11 weeks of performances with 8 shows per week 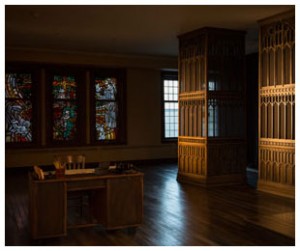 The stage for DOUBT: A PARABLE

As for understudies, Kennedy mentioned that they come into the process during the third week of rehearsals to observe. This allows the understudy actors to see first-hand the director work with the actors as character choices are being made and scenes are being shaped. Brumlow mentioned that this time was extremely valuable to him and he took several notes, paying particular attention to the questions the director was asking the actors. Next, the understudies are on-hand during technical rehearsals and then must watch half of the preview performances. During previews, the principal actors and understudies learn a great deal from the audience’s reactions and take these insights to their daily rehearsals. Once the show opens, WT understudies are on-call for every performance. This means that at half-hour to curtain, they contact the stage manager to check-in. The stage manager (in the case of Doubt, Rebecca Pechter) responds to let them know if they are needed for that day’s performance or not. (Note: This does mean that the understudy must be in a location where they could arrive at the theatre in a half-hour or less if required for that day’s performance.) In addition to this, WT understudies are required to attend a performance as an audience member once a week and have once or twice weekly rehearsals in which they run through the show.

Brumlow explained that an understudy’s job requires a careful balance and approach to characterization and involvement in the production. Their job is not simply to mimic the principal actor’s performance; rather, the understudy’s embodiment of the character needs to be similar enough to the principal actor’s interpretation so as not to drastically change the tone of the scenes or the relationship between the characters. This way, if the understudy joins the other members of the principal cast, the other actors are not thrown off and an audience is given performance that is consistent with the original production. However, the understudy must also find ways to make the character his/her own so that the performance seems natural coming from his/her person. Brumlow framed this as the understudy needing to understand the jungle gym that the director and principal cast have created and then learning to “play” the character in that same world that has been created. For example, Brumlow uses the same tactics in a scene that Steve Haggard‘s Father Flynn does, but Brumlow uses his own mannerisms for the character. The balance is difficult to find and Brumlow mentioned that it’s largely a matter of the understudies developing the confidence they need to strike this balance, which happens a few weeks into the understudy’s run-throughs of the piece.

Kennedy described that WT’s Artistic Department values the understudy role very highly. Although it means that the department must cast every show in a season twice and have almost twice as many actor contracts for each production, they want to ensure an excellent theatrical experience for the audience and for the artists. With the current system, the audience will always see professional actors who are fully prepared and capable of delivering excellent performances. Also, the principal actors are free and empowered to take days off for sickness/healing, major life events, or higher paying on-camera work knowing that the production is stable without them. Kennedy mentioned that sometimes during the initial auditions for a show, someone not chosen for the principal cast is chosen as an understudy. Alternatively, once a show has been cast, WT may hold additional understudy auditions or make direct offers of understudy roles to actors with whom they are familiar. 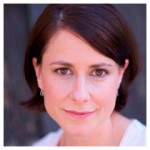 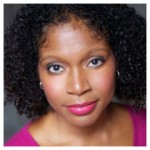 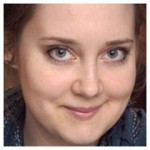