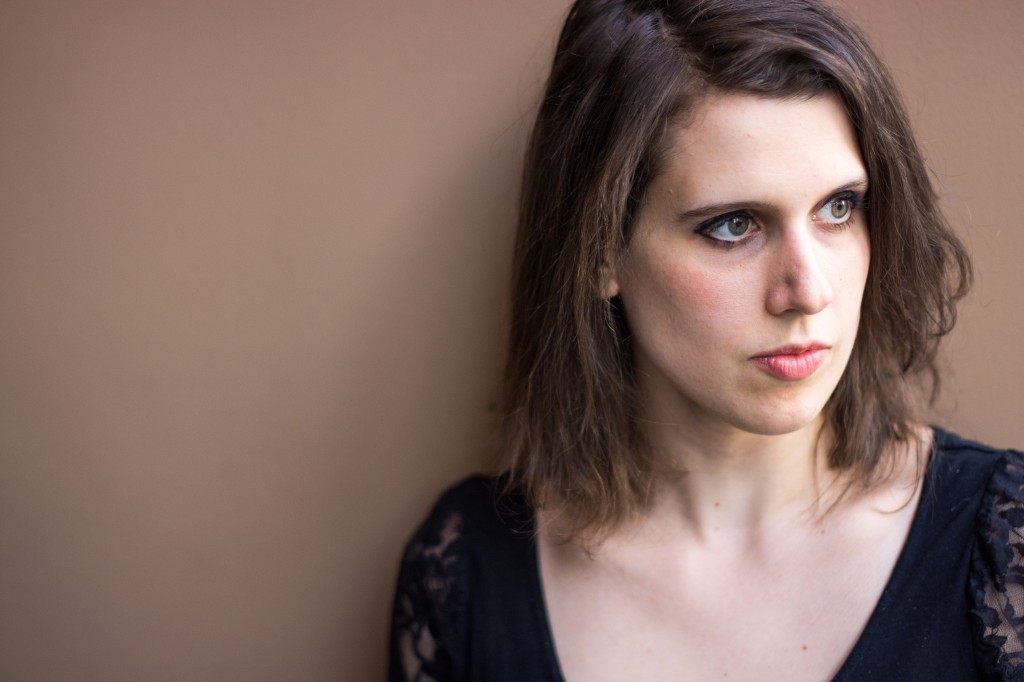 Fast-rising talent Marti Lyons makes her Writers Theatre directing debut with The Mystery of Love & Sex. Lyons—no stranger to WT after having assisted Kimberly Senior on 2012’s The Letters and Michael Halberstam on 2014’s Days Like Today—is an expert at working on new plays in collaboration with living playwrights.

Born in Chicago but raised in the suburb of Libertyville, Lyons’s parents instilled in her a love of the arts from an early age. Chicago Shakespeare Theater brought a touring production of Romeo & Juliet to her school one year, which had a profound effect on the young theatre enthusiast. Lyons says she’s been spending a lot of time reflecting on that experience. “You can feel really isolated [as a teenager],” she says, “and people don’t necessarily open up about their experiences at that age, and so it can also feel like you’re the only person going through what you’re going through.” Seeing Romeo & Juliet was a revelation. “I could recognize the depth and scope of feeling being expressed in [Romeo & Juliet]. That felt more honest to me and more recognizable than television. I wanted to make work where people can sit in the dark, sit alone, together, and feel recognized; to open up a space for someone to feel as though whatever they’re going through or whatever they’ve seen, that they are recognized and not alone in that experience. Someone has written about it, someone’s performing it and someone directed it, so clearly other people must have felt that way. I think that feeling of recognition and community at a time when I felt out of place and isolated was like a rush. I couldn’t get enough of it.”

Lyons went on to study theatre performance at Illinois Wesleyan University, thinking she would pursue a career as an actor. But while studying abroad in London, she met Russian-born theatre director Irina Brown, who became a mentor for her and took her to see a production of Sarah Kane’s provocative play Blasted, directed by celebrated German director Thomas Ostermeier. Lyons had read the play and not been impressed with it, but this production illuminated it for her in a new way and showed her what a director can do. “I want to be a person that can look at an incredibly complex text and pull out the one stage direction that signifies that the play means the opposite of what everyone else thinks it does,” she shared. “And that is what got me really excited about new work, reading between the lines digging deeper into the context of when and why something was written, and plumbing the depths of the form to illicit meaning, then striving to bring all of that through in production. That was the moment I became a director.”

After graduating, Lyons wasn’t sure about her next steps and her mentor Irina Brown told her, “If you want to be a director, go find a place you can start directing.” For her, that was Chicago. In order to get to know the places she would like to direct for, Lyons started going to see lots of live theatre. “I saw plays 3-8 times a week,” she confirms. “There wasn’t a week I saw less than 3 shows. For the first 8 months, all I did was watch, try to understand what companies were there, what they were doing, who’s who.” Learning about the community led her to opportunities to assist many established directors, including Gary Griffin at Chicago Shakespeare Theater, Michael Patrick Thornton at The Gift Theatre, and WT Resident Director Kimberly Senior on several projects, including 2012’s The Letters at Books on Vernon. Lyons would alternate these assisting jobs with her own directing work at emerging storefront companies, including Jackalope Theatre Company, SideShow Theatre, and Haven Theatre Company. “If you want to be hired as a director, you have to have something to show for it,” Lyons affirms. “I would never assist two shows in a row. You have to assist and then make something. Put it back into the nurturing of your own craft.”

Assisting for established directors and inviting them to see her own work eventually led to Lyons being offered directing opportunities at those same theatres she assisted for. She has directed three times for The Gift Theatre Company, as well as for Lookingglass Theatre Company and Goodman Theatre, where she was the 2014 Michael Maggio Directing Fellow. This season is a breakout one for the young director, as Lyons is directing 6 productions at theatres that include Northlight Theatre, Victory Gardens Theater, The Hypocrites, and of course Writers Theatre. The majority of the plays she directs are either world premieres or works in which the playwright is still involved in some substantive capacity. “As other art forms are becoming more streamlined and available, the ability to be live and present and in person will hopefully only make theatre more theatrical.” Lyons says. “I’m really interested in where theatre’s going, what we can do differently than any other form, and how we explode that in new directions.”

As for The Mystery of Love & Sex, Lyons is thrilled to be working in the intimate Gillian Theatre. “The Gillian is such a beautiful and intimate space,” she says. “Our design team is so excited about it. There are a lot of possibilities and opportunities within that space while also being so intimately connected to your audience.” Lyons also finds the play seems especially timely and relevant to audiences in 2017. “I think the play is very hopeful in that it demonstrates the capacity for people to change through their love for one another,” she explains. “It’s one thing to love people for the conditions under which you met them or out of convenience, and it’s quite another thing when someone steps into a fuller version of themselves or recognizes their own identity. In fact one of my favorite things about this play is that in loving the best, worst, and hidden parts of each others identities, our characters are able to more fully accept each other and themselves. The capacity for hope and change through love for one another is such a timely and needed meditation right now.