In Conversation with Conor McPherson 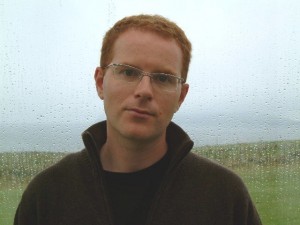 In preparation for the American Premiere of this new adaptation, Associate Artistic Director Stuart Carden discussed with playwright Conor McPherson his process of adapting Strindberg’s classic and the influence the Swedish playwright has had on contemporary writers.

What inspired you to adapt Strindberg’s play?

On one level it was just a gut instinct. There is a fractured, unrooted, restless nature to his characters which predates modernism by many decades yet prefigures precisely where modern drama was headed.

A striking similarity between your work and Strindberg’s is an exploration of the humor that can be found in our bleakest and most terrifying moments in life. What interests you about this intersection of humor and despair?

I think that Strindberg’s sense of humor is sometimes lost in translation. The wonderful, great contradiction in Strindberg is that he is almost equally serious and anarchic at the same time – which is a lot like life, I suppose. As a playwright, Strindberg was keen to keep his drama unfolding in unpredictable ways, and his  abrupt changes of tone and mood — even within characters themselves from moment to moment — is unparalleled. To achieve this, he needed both light and darkness. The light and the fun cannot be ignored.

After reading your adaptation of The Dance of Death, I couldn’t help but be reminded of just how much of an influence Strindberg’s writing has had on 20th and 21st century writers. For example, Edward Albee’s George and Martha from Who’s Afraid of Virginia Woolf seem direct descendants of the captain and Alice in The Dance of Death. Why do you think he’s had such a lasting impact on writing for the stage? Has he had a direct influence on your work?

I agree with you about Strindberg’s profound influence on modern drama. Indeed, if imitation is the sincerest form of flattery, we only have to look at plays like Endgame by Samuel Beckett which directly quotes lines from The Dance of Death. And look at Harold Pinter’s plays. Pinter is like Strindberg’s son and heir to a large extent. Strindberg dramatized the fundamental isolation of the human being in a way that was absolutely fearless and exemplary. But beyond the ideas and the concepts in the work there is just something about him that we can’t quite put our finger on. Even years after he is dead, we wonder at his power. And yes, I can feel his influence on my work, not only through direct contact with his plays but also from the influence he has had on other writers who have also influenced me.

Can you share a bit about your process of adapting? How do you choose what to keep, cut, or update? Is that process a cerebral or gut reaction to the original words?

It’s really a gut reaction. However, I wanted to honor his work, to try and reveal what was already there rather than change anything. It was a real privilege, I have to say, and I grew to respect him enormously.

There is an element of the supernatural or spirit realm in The Dance of Death. And in many of your plays including The Weir, Shining City, The Seafarer, and The Veil you also explore the idea of figures from another realm haunting our own. What inspires you to explore this supernatural dimension in your writing?

I suppose because I see life and the so-called natural world as all part of a supernatural experience. We all live within a mystery that none of us understand. Heidegger asked the most basic question – why is there something rather than nothing? No one knows — and we live within the shadow of that question every day. Plays can help us to frame that question in a meaningful way. But they can’t answer it. So I always like to pitch my characters against the unknown. But hopefully it happens in a way that feels like ordinary life — which is a supernatural experience as far as I’m concerned. Let’s face it, to be alive and conscious is an inexplicable miracle.