From the Bronx to Broadway: John Patrick Shanley 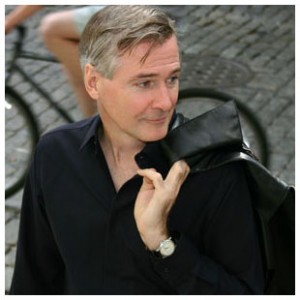 John Patrick Shanley doesn’t write traditional bios for his playbills. Instead, he writes about being kicked out of multiple Catholic schools, put on academic probation in college, and then joining the Marines. “When you see Doubt, I think it’s illustrative to realize that is my history.”

The writer was born in 1950, the youngest child of Irish immigrants living in the East Bronx. He attended Catholic school for most of his upbringing until constant rebellion in high school led to his expulsion. Reflecting on his childhood, Shanley recalled in a 2004 interview with The New York Times Magazine,“People would look at me and become enraged at the sight of me. I believe that the reason was they could see that I saw them. And they didn’t like that. I was in constant fistfights from the time I was six.”

After being expelled, Shanley ended up at a Catholic boarding school in New Hampshire. The priests and nuns at the school encouraged his love for writing, eventually leading to his enrollment at New York University. But after a semester of poor grades, Shanley dropped out and joined the Marines. He served stateside for a few years, eventually returning to NYU and graduating in 1977. While in college, he took a playwriting course and started writing for the theatre. “I tried the dialogue form, and it was instantaneous. I wrote a full-length play the first time I ever wrote in dialogue, and it was produced a few weeks later.”

After a few early short plays were produced to little acclaim, Shanley had his first real success with Danny and the Deep Blue Sea which played in both New York and London in 1984. However, he was still forced to work odd jobs to support himself, including stints as an elevator operator, apartment painter, and bartender. A grant from the National Endowment for the Arts allowed him to support himself for a little while, but Shanley had a better idea on how to generate a sizable amount of income. He would write a movie.

Moonstruck, a romantic comedy Shanley based on the Italian-American families he had known growing up in the Bronx, was a huge success in 1987, winning an Academy Award for Best Original Screenplay. While accepting the award, the writer thanked “everybody who ever punched or kissed me in my life and everybody who I ever punched or kissed.” Shanley continued to work on Hollywood projects—including The January Man, Joe Versus the Volcano, Alive, Congo and Live from Baghdad–but by the early ’90s was turning his attention largely back to the theatre.

Throughout the 1990s, Shanley wrote a number of successful works for the stage, including Italian American Reconciliation, Beggars in the House of Plenty, and Four Dogs and a Bone. Despite the frequency with which his plays were produced, the playwright was never nominated for any major awards or saw his work transfer to Broadway. That would all change with Doubt.

When asked in a 2008 interview about where the idea for the play came from, Shanley explained that he felt “surrounded by a society that seemed very certain about a lot of things. Everyone had a very entrenched opinion, but there was no real exchange, and if someone were to say, ‘I don’t know,’ it was as if they would be put to death in the media coliseum. There was this mask of certainty in our society that I saw hardening to the point that it was developing a crack–and that crack was doubt. So I decided to write a play that celebrated the fact that you can never know anything for certain.”

Despite having a family member who was abused by a priest, Shanley maintained that he “wasn’t interested in the church scandals themselves, but I was looking for a polarizing situation, one in which most people would brook no hesitation in condemning a person—and then throwing those assumptions back at the audience in a different light.”

Doubt: A Parable premiered at Manhattan Theatre Club in November 2004 to universal acclaim, and transferred to Broadway in March 2005, where it ran for over a year. The original cast included Cherry Jones as Sister Aloysius, Brian O’Byrne as Father Flynn, Heather Goldenhersh as Sister James, and Adriane Lenox as Mrs. Muller, under the direction of Doug Hughes. The Broadway production won the Best Play Tony Award in 2005, as well as awards for Jones, Lenox and Hughes. In 2008, Shanley adapted his play to film and directed the adaptation, starring Meryl Streep, Philip Seymour Hoffman, Amy Adams and Viola Davis, who were all nominated for Oscars.

Shanley continues to put most of his focus into writing for the stage. Defiance (2006) and Storefront Church (2012) along with Doubt form a trilogy of plays about “church and state.” Just last year, another new play, Outside Mullingar, premiered at Manhattan Theatre Club. Shanley‘s passion is for the Theatre and his opinions on writing for it are as strong as ever. “Playwriting is the last great bastion of the individual writer,” he explains. “It’s exciting precisely because it’s where the money isn’t. Money goes to safety, to consensus. It’s not individualism. That’s why sometimes I get very frustrated watching plays. I mean you could do or say anything that’s within the bounds of the law if you don’t harm anybody physically, and this is what you’re doing? Theater is just too exciting a prospect to be left to dullards.” ■