The Brilliant and Volatile Mind of August Strindberg 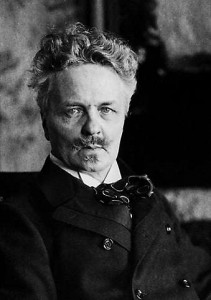 If Henrik Ibsen is the father of modern drama, August Strindberg is the art form’s first revolutionary. The Swedish playwright took the groundbreaking innovations of his elder Norwegian contemporary and broke the remaining links to early 19th century populist drama.

Where Ibsen’s plays were still set in the drawing room and populated largely with people from respectable society, Strindberg dramatized outsiders and others, setting his plays in the unfamiliar worlds they called home. The Dance of Death, written less than ten years after Hedda Gabler, illustrates how far Strindberg was able to advance works for the stage in a very short amount of time.

August Strindberg grew up in and around Stockholm, the son of a shipping merchant who went bankrupt when Strindberg was four. He attended Uppsala University to first study medicine but later switched to modern languages and political science. 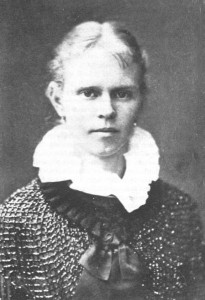 However, he left school multiple times to pursue careers in acting and writing, failing at both. For ten years after school, he worked as a journalist and librarian in Stockholm, marrying Finnish actress Siri von Essen in 1877.

The writer’s first success was an autobiographical novel, The Red Room, published in 1879 when Strindberg was thirty. More books, short stories and minor plays followed in the next few years until Strindberg fled to Europe in 1883 to escape scathing attacks on his new book, The New Kingdom, a collection of anti-establishment short stories. The writer would live in France, Switzerland, Germany and Denmark for the next six years, and while abroad would start to find success as a playwright.

The Father, Strindberg’s first major work, was written in 1887 and staged to small success in Denmark, and then the following year in Germany to more acclaim. (Writers Theatre produced the play in 2001 in a production directed by Michael Halberstam and featuring Shannon Cochran, Michael Canavan, Liesel Matthews and Jonathan Weir). Two more of the author’s major works were written in 1888: Miss Julie and Creditors. Upon its publication, Miss Julie was widely attacked for immorality, leading Strindberg to found his own experimental theatre in Denmark in order to stage both new plays. Unfortunately, the productions would both fail and the theatre would go bankrupt. Strindberg divorced his first wife, who took their children with her back to Finland. 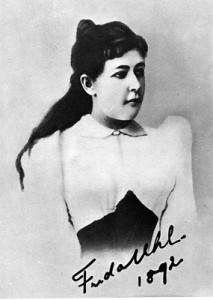 The next five years would be the most troubling of Strindberg’s life. Severe writer’s block in 1892 deprived him of much of his income. While living in Germany, he married an Austrian journalist, Frida Uhl, in 1893 but a year later left her and the daughter they had together to move to Paris. Creditors and The Father enjoyed well-received productions in France but little money came Strindberg’s way. The Swede was instead writing pseudoscientific articles for journals, and even experimented with alchemy in an effort to make gold. Poor, depressed and on the brink of insanity, the author would eventually emerge from his mental crisis with renewed vigor and purpose, documenting his near-madness in an autobiographical book, Inferno, in 1897.

Over the next eleven years, Strindberg wrote prolifically, crafting thirty-five plays, including The Dance of Death in 1900. The author’s sister, Anna, and her husband, Hugo von Philp, had made efforts to help him during his mental breakdown, and in the summers of 1899 and 1900 invited him to stay with them at their home in  the Stockholm archipelago. Despite the  generosity the Philps had shown him,  Strindberg turned against the couple wrote The Dance of Death as a warped interpretation of their marriage. Anna had been trained as a violinist but had turned down a scholarship to continue studying in Paris in order to marry. Scholars have suggested that Strindberg was attracted to his sister and therefore jealous of the marriage. However, when her husband suddenly became seriously ill with diabetes in 1900, Strindberg would sit by his side, discussing the concept of death. All of these real life events manifest themselves in the characters and plot of The Dance of Death to such an extent that after Hugo von Philp read the play for the first time, he threw it into the fire. 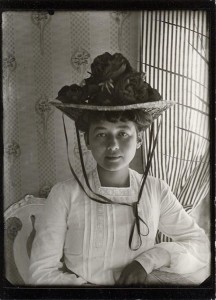 The play is written in two parts, with part one being the more widely acclaimed and performed (Conor McPherson’s adaptation is of the first part only). Part two features the children of the characters of Alice and Edgar and is more hopeful with regards to the younger generation’s future. Strindberg’s German translator had suggested to the playwright that the ending of part one might be too bleak to stage, and the author may have written part two in response to that critique. Despite being published in 1901, the first production of the play would not occur until 1905 in Germany. Strindberg’s own company, Intimate Theatre, finally performed the plays in Sweden in 1909, where they were very successful. The Swedish actor playing Edgar recalled the author exclaiming to him, “The Dance of Death, my boy! That’s my best play!”

And indeed The Dance of Death remains one of Strindberg’s—and early modern drama’s—most lauded and performed works. The play made its London debut in 1924 and the 1928 production marked the first time Strindberg had been staged in the West End. The roles of Alice and Edgar are incredibly desirable and have been played by the likes of Paul Scofield and Mai Zetterling; Laurence Olivier and Geraldine McEwan; Robert Shaw and Zoe Caldwell; Alan Bates & Frances de la Tour; and Ian McKellen and Helen Mirren.

McPherson’s adaptation of The Dance of Death premiered at London’s Donmar Warehouse in December 2012, as part of a season of new adaptations of European classics. Its inclusion in such a series is a testament to the play’s lasting influence. In addition to the immediately successive generation of playwrights such as Bertolt Brecht and Eugene O’Neill, mid-20th century playwrights also cited Strindberg as a key influence. In particular, the characters of George and Martha in Edward Albee’s Who’s Afraid of Virginia Woolf? are obvious direct descendants of Edgar and Alice in The Dance of Death. Even non-theatrical writers such as Franz Kafka and Albert Camus were avowed Strindberg fans. After the innovations of Henrik Ibsen, Strindberg brought playwriting further into the realm of realism with a psychological complexity that would become the hallmark of 20th century modern drama.