What a year! We’re thrilled that we’re making an appearance on several publications’ “best of theatre” lists for 2014. Here’s a roundup of these mentions. We hope at least one Writers Theatre production made your best of year list too! 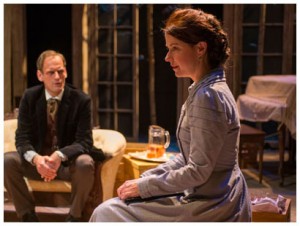 Hedda Gabler at Writers Theatre: A brilliantly revisionist and slyly self-aware take on the classic Henrik Ibsen drama from Kimberly Senior, this “Hedda Gabler” featured a blistering lead performance from Kate Fry, a world-class actress of whom the world has seen too little. Here was a fatalistic Hedda who seemed bored by all those sycophantic men and very much aware of how her own story was going to end. Senior seemed to be separating Hedda, that much-objectified anti-heroine, from the guy who created her in the first place, thus establishing her as a proto-feminist figure smoldering in the face of sexism and stacked decks.

[Also noted:] The Dance of Death 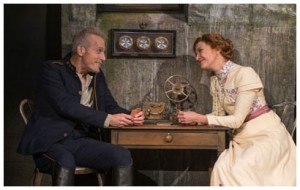 The Dance of Death (Writers Theatre): In Writers’ priceless back-of-a-bookstore space, director Henry Wishcamper and his cast of three drew blood from a marital match made in Hell, with Larry Yando’s demented dance nothing short of unforgettable. 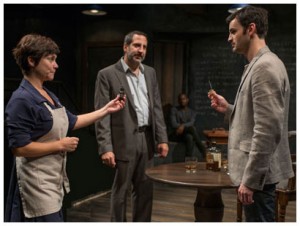 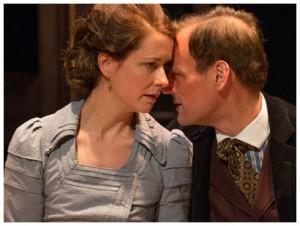 “Hedda Gabler – Director Kimberly Senior, ahead of making her Broadway debut this fall with Ayad Akhtar’s Disgraced, started the year in January by bringing a new light—and, to a certain degree, a new lightness—to Ibsen’s story of stifling domesticity at Writers Theatre. Nicholas Rudall’s expressive translation and Kate Fry‘s flinty, superlative portrayal of Hedda are still, you could say, shooting around my head.” 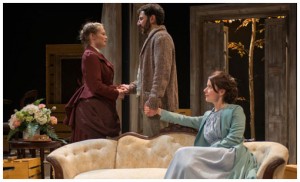 2) Hedda Gabler — In perhaps one of her finest performances, Chicago favorite Kate Fry depicted a blistering Hedda Gabler at Writers Theatre. Ibsen’s Gabler, a woman so mired in her own web of social standing and personal destruction that she can’t ever be content, is a commanding presence, and Fry’s performance was the most memorable that I’ve seen. Bonus points for the usual charms of Sean Fortunato, playing Hedda’s husband, Tesman, and a compelling Chaon Cross as the long-suffering Thea Elvsted.” 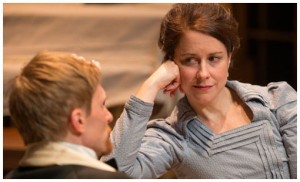 “Hedda Gabler at Writers Theatre: “Up there with—and maybe beyond—the best I’ve seen. . . . [Kate] Fry‘s Hedda is by turns a proto-Ayn Rand, a sexual obsessive out of an August Strindberg script, a small-time Borgia, a wry Beckettian fool.” 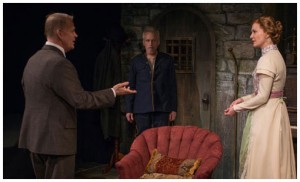 The Dance of Death, also at Writers: Actors “Shannon Cochran and Larry Yando stop at nothing. . . . But the real revelation here may be Philip Earl Johnson‘s performance as Kurt. . . . The role requires Johnson to leave blood on the floor, and he quite literally, quite shockingly does.”