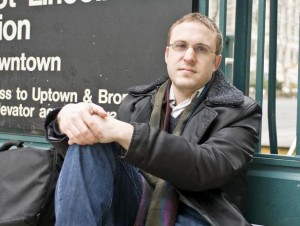 With The Dance of Death, Composer/Sound Designer and Writers Theatre Associate Artist Joshua Schmidt returns to the Theatre for the first time since 2010. In the past few years, Schmidt has been composing and designing high profile projects in New York and across the country. They include a new opera, Falling Water (with a libretto by Dick Scanlan), for the Metropolitan Opera of New York; a musical version of Father of the Bride for Disney Theatricals; and other musical commissions for Lincoln Center Theater, Signature Theatre, and Playwrights Horizons. His sound designs have recently been featured at Steppenwolf Theatre Company, Roundabout Theatre Company, Milwaukee Repertory Theater, and Primary Stages. Coincidentally, Books on Vernon is where Schmidt made his Chicago debut on Writers Theatre’s 2001 production of A Phoenix Too Frequent.

“Without question,” says Schmidt, “this is one of my favorite spaces, and one of the most cherished companies I am blessed to work for. It’s good to come back home.”