Artificial Intelligence: The Loebner Prize, The Turing Test and The Perpetual Revision of “The Sentence”

The age of intelligent machines is nearly here. Artificial General Intelligence (AGI)—a computer that can successfully perform any intellectual task that a human being can— is by some estimates only a decade away.What had always seemed to belong in the realm of science fiction will soon be an intricate part of our everyday reality. In Marjorie Prime, that future has already arrived. 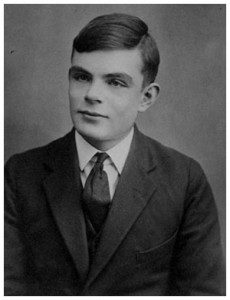 One of the primary sources of inspiration for this fascinating play comes from Brian Christian’s The Most Human Human: What Artificial Intelligence Teaches Us about Being Alive. In the book, the author describes participating in the 2009 competition for the Loebner Prize, a contest to assess whether artificial intelligence (in the form of chatbots) has become sophisticated enough to pass as human. The rules of the competition follow those laid down in 1950 by British mathematician Alan Turing, a pioneer in the field of computer science. Christian describes the test in his book:

“A panel of judges poses questions by computer terminal to a pair of unseen correspondents, one a human ‘confederate,’ the other a computer program, and attempts to discern which is which. There are no restrictions on what can be said: the dialogue can range from small talk to the facts of the world (e.g. how many legs ants have, what country Paris is in) to celebrity gossip and heavy-duty philosophy—the whole gamut of human conversation. Turing predicted that by the year 2000, computers would be able to fool 30 percent of human judges after five minutes of conversation, and that as a result ‘one will be able to speak of machines thinking without expecting to be contradicted.’”

In 2008, a chatbot came one vote short of passing the Turing Test. Christian participated as one of the “confederates” in 2009 and prevented a win for the computers. To this date, no chatbot program in the Loebner Prize competition has successfully passed the 30% threshold set by Turing. In a separate competition under different rules, a chatbot did succeed in passing the threshold in 2014, although Hugh Loebner himself criticized the results. 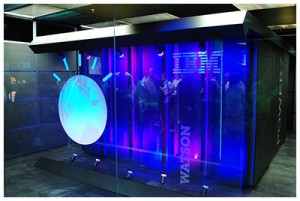 While their ability to achieve a human level of general intelligence is still a work in progress, computers have more than shown their superiority in certain logic-based competitions. IBM’s Deep Blue chess computer defeated world champion Garry Kasparov in a famous match-up in 1997. Another IBM invention, Watson, defeated two human former champions in a match of Jeopardy! in 2011. Computers currently perform at superhuman levels in games of Checkers, Backgammon, Chess, Scrabble, Jeopardy!, and FreeCell.

As a result, we are continually revising our answer to what Harvard psychologist Daniel Gilbert calls “The Sentence.” Christian writes about this in The Most Human Human: 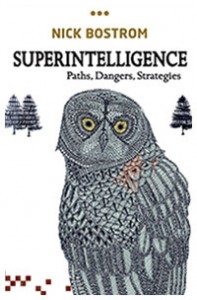 As the arrival of AGI draws closer, people are already beginning to ponder what comes next. Once human-level intelligence has been achieved, any further improvement to the program would therefore make it superhuman. These improvements would continue, accelerating in rate and achievement, causing an Intelligence Explosion. Artificial Super Intelligence (or ASI) is what really concerns philosophers. Nick Bostrom, Professor of Philosophy at the University of Oxford and Director of the Future of Humanity Institute, explores this in his book Superintelligence: Paths, Dangers, Strategies:

Marjorie Prime does not dwell in the apocalyptic, unlike other popular science fiction. Instead, similar to life in 2015, there are characters enthusiastic about the benefits offered by groundbreaking technology, and there are those who are apprehensive of what is being acquiesced to machines. But it seems one thing is for certain: the machines are here to stay—perhaps for good.