The cast of Isaac’s Eye discusses how their characters’ experiences in the play resonate with their own lives. 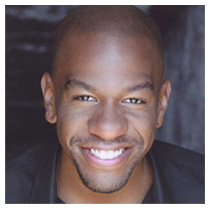 LaShawn Banks – Actor/Dying Man
The Actor/Dying Man character is an interesting journey to track. I find it fascinating that Lucas [Hnath] doesn’t choose to call him simply a narrator, but very specifically calls him an actor and a dying man, even though he doesn’t play Sam the Dying Man for very long in the piece. That said, I have sort of fallen in love with Sam’s desire to be known, understood, heard, valued and loved in the second act of the play. He stands very firmly in the truth of these desires. As I move forward in my career and interpersonal life, I find myself right up against these ideas all of the time. To be related to and somehow validated, the thought of leaving a legacy and being remembered, making and creating something that is yours and specific to you—all are desires that are all very strong in me. I think each of the characters in the play deal with this in their own way. I adore the chalkboard device of this play, where true statements are written on the walls. Lucas tells you at the end that all of the lies were there to help you see something that you wouldn’t necessarily be able to see otherwise. That’s what art should do. 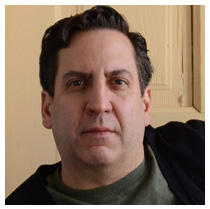 Well, very early in the play, my character, who is older, feels very threatened by someone who is younger. This younger person seems poised to surpass my character and take his place in the pecking order and leave him behind. Can I relate to this, you ask? Do you mean have I ever watched some young kid, fresh out of drama school, still wet behind the ears, blessed with good looks and a God-given talent go on one audition in their life and get cast in some great movie or become a regular on a hit television show and make oodles of money and get fame and awards and a big house with a pool and can somehow get reservations at all the hot restaurants while meanwhile I’m breaking my neck eight times a week, riding my bike with the broken fender to the theater, hoping my Equity shoes last another season and eating Subway sandwiches because I had a coupon? Not in the least. But as an actor, it is my job to imagine what if… 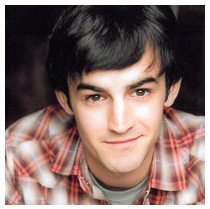 Jürgen Hooper – Isaac Newton
There’s much about Isaac that hits very close to home for me. Some of it has been very cathartic. Seeing a lot of myself objectively through the lens of a fictional character (though very real man) has actually allowed me to compassionately and patiently spend time truly with myself, and not just by myself. Both of us struggled to fit in growing up. Both of us are very passionate about what we do. Both of us, from time to time, have allowed what we do to bleed over into our ideas of who we are, which can be dangerous and difficult for those around us, and those who love us. Without the benefit of friends, both of us consumed knowledge insatiably and consequently formed very strong, well-researched and often rigid opinions on life and art (or science). Though, while both of us are certainly never short on opinions, the mind remains open, seeking and non-judgmental (except for farmers…Isaac hates farmers). The wonderful thing in growing older and finding people who truly love you is how comforted you become in realizing how little you actually do know, and how that opens you. Sometimes though, you need to get checked to make those leaps. I know I have been checked and Isaac certainly gets checked. But it’s the person who puts things in perspective for you and what you do with the lesson that matters. 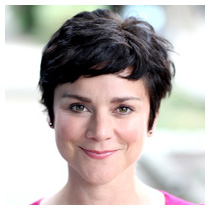 Elizabeth Ledo – Catherine
Catherine has the wonderful ability of comprehending human behavior. She can read into things quickly and has a sleuth-like ability to discern a person’s hidden agenda. She seems to be able to put the puzzle together and get to the core of one’s motives. I have found, in my life, that I have a similar ability. I have a pretty keen sense of what is generally driving or motivating someone to do or say certain things. What is different between us is that Catherine has a courage that allows her to speak up about what she sees and observes. She calls people out on their “stuff.” I have a VERY DIFFICULT time doing that. Catherine is very practical and I am very emotional. Where she almost empowers herself a bit with her insights, I find that I get too emotionally wrapped up in mine and that tends unravel me a bit. I think we both share a passion for trying to understand people and a genuine concern for other people’s well-being. She just has a confidence to speak up a bit more than I find myself to have. Perhaps she will teach me a thing or two…