The cast of Days Like Today discusses how their characters’ experiences in the musical resonate with their own lives. Hear from 3 more of the cast members… 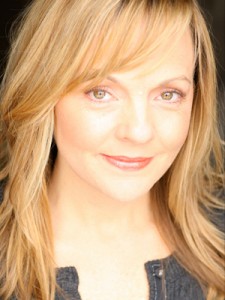 Susie McMonagle – Maria
When I began to work through the script, I quickly realized that Maria didn’t seem to have an “edit” button. She blurts things out when it might have been better to THINK before talking. I would have to say I can relate to this particular quality. Hopefully not to the extent of Maria, but nonetheless I have been known to blurt at times. On one hand, those around you might hear something they don’t want to hear. On the other hand, they may appreciate the truth of your comment. Maria is straightforward and open to human flaws. It’s just more complicated when you think too much. 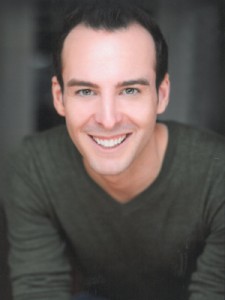 I love Edmund. He yearns for commitment in his relationship, has an enormous heart and maintains a surprisingly optimistic and traditional view on love, despite being faced with the obstacles of joining a very non-traditional family. He is forced to rethink what is “normal.” I connect with that very much. I grew up around a very supportive family and came “out” at a very early age. I always hoped to get married, have a family of my own and make a fabulous life for myself. However, as a gay man growing up in America, I didn’t believe those options were possible for me. It certainly wasn’t an option to get married and I had very few examples of what a healthy and committed gay relationship looked like. It wasn’t until 2012 when my partner asked for my hand in marriage and marriage equality began to sweep the nation that my views of what was possible began to change. I realized that being in a loving and committed relationship looks different for everyone. There is no “normal” or “traditional” anymore. We are free to love who we love and to make our own rules, pave our own paths and search for our own happiness. 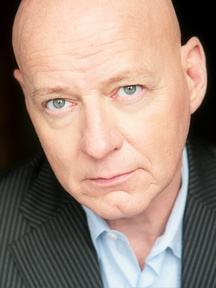 Jonathan Weir – Frank
I can relate to much of what Frank experiences in the play. We are both professors who are passionate about what we teach. As a father of two boys and a girl, I know the concept of the family coming first. While putting your family’s needs before our own is a sacrifice we make willingly, it can sometimes be in conflict with our personal goals and dreams. Frank and Maria have a relationship that on the surface may appear unconventional, but at the core there is love, respect and a partnership. I’m fortunate to have a wife “who has been the most important person in my life.” I’ve grappled with letting go and allowing my kids to make choices that I may not agree with. (Okay, call me a control freak but I can’t be the only one out there.) I’m blessed to have a close relationship with my daughter, one which I hold dear. I’ve certainly had my bouts of self-doubt, questioning, being distant and down. It’s a human need to want to be authentically ourselves, appreciated, held and most importantly to “love and be loved.”