The cast of The Diary of Anne Frank discusses how Anne’s story still resonates. 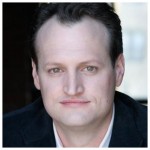 Eric Slater:
I’ve had a relationship to this story for most of my life and it has stuck with me from the first time I read the book in sixth grade. I feel that the story of Anne Frank provides a means for people to connect through nerve, blood and bone with the strange, achingly personal and terrifying costs of war and separation. The questions that the play raises are not just important but essential (especially in the live retelling) to guide us in our present era so we may avoid the trappings of oppression, regardless of our particular lot in life. 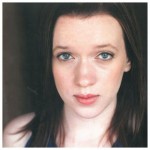 This diary is a gift, a plea, and a command to anyone who is able to read it. The story of the annex isn’t fictional and it isn’t unique. Anne’s diary is a record of her questions and aspirations and her growth as a young woman. We also—and I think that this is the part that is ignored or forgotten—are exposed to the perversity in which these men and women had to live. How many other diaries are being written right now because of human hatred? 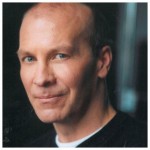 Kevin Gudahl:
I think Anne’s story will always be relevant because it’s about the human spirit, to survive the worst that fortune has laid in your way and still be able to say you had a life well-lived. 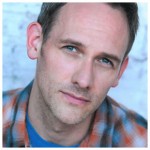 Coburn Goss:
As we perform this play, there are families living in fear because of their race or religion. There are also people risking their own lives to keep them safe. 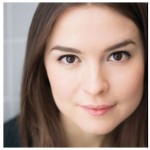 Leah Karpel:
Growing up, the story of the young girl who suffered so much yet endured with such hope and generosity of spirit deeply resonated with me. Anne’s story haunted me; it made me question what my response would be if I were in her shoes, and inspired me to look for the good and joy in my own lesser struggles. The beauty of Anne’s story is not only created by the confines of the annex they call home or the war threatening them outside, but also the changes and experiences she is having inside her own body. Through all of these struggles she shows us that the power of hope and generosity can persevere. The magic of a young woman is a powerful thing, and can shine even in the darkest times. 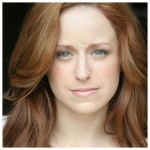 When I was 16, I played Anne Frank at my high school. During the rehearsal process a friend of mine was killed in a car accident. It was a terrible tragedy for me, the whole school and for the community. I really did not want to go on with the rehearsal process but was urged on by my director. Once the show opened, I received a letter from a student from another school who had been close friends with this young lady who had passed. It thanked me for being a part of telling this story of hope in the darkest of times. Watching Anne Frank’s story of her life in the annex and hearing her words, so wise beyond her years, of love and hope and ambition, brought peace to this young letter-writer. That letter changed my life a bit. It became the main reason I do theatre. The stories we tell can touch someone so deeply that we might just change their lives. 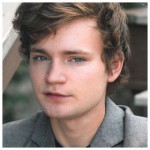 Antonio Zhiurinskas:
There are many pathways and parallels this play/diary reveals. When they were frozen by lack of choice we are frozen by excess of freedom. Both branded like cattle by different swaying sources of indefatigable power. The best way to root an understanding is to study and witness your clouds of opinion form then rain down into the pond that loved ones share. The water gets very murky but eventually the calm and joy leaves a better stained memory. 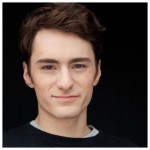 Sam Hubbard:
While Anne’s proclamation of faith in the inherent good inside all men gets much of the fame, it’s the decidedly unheroic actions of these characters that make this play so compelling for me. We watch them bicker, complain and awkwardly manage adolescence in a way that’s probably a little like your family, certainly a lot like mine. We grow to know them as frustrated, imperfect, tangible people, and it’s that familiarity that makes their fate so impactful. 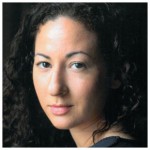 Kristina Valada-Viars:
There is so much currently in the news. Every day there is another message to young people that the world is not fair or safe, that you could lose your life because someone misunderstood your sense of play, that you looked like a person intending harm, or because the person with the gun was too scared to stop, or think. Or that the person with the gun was following orders. That protocol was observed. When I think about what Anne and her family didn’t know yet, I can’t help but wonder about our lives today and what could possibly lie ahead that is beyond our comprehension. I think: how would a young person tell me the story of right now? And I hope that in telling Anne’s story, now someone (myself included) may get to hear something we so clearly need to hear again and again. 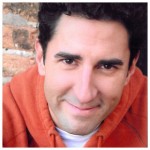 Sean Fortunato:
Life is finite. Anne reminds us, in what at first may seem like naiveté or blind optimism, that the wisest choice is to fully embrace the time you have—even, or especially, when faced with extreme challenges. 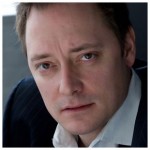 Lance Baker:
“I don’t want to have lived in vain like most people. I want to be useful or bring enjoyment to all people, even those I’ve never met. I want to go on living even after my death!” If we are to take the notion of immortality as seriously as we ought, Anne Frank is immortal. She is here now, as much as you or I. I hope she is pleased with our efforts, and the quality of all of our attendance to her story. 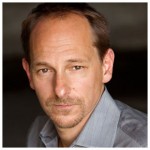 James Sparling (on performing The Diary of Anne Frank at Books on Vernon):
I think there’s something so fascinating about where this is being staged. I’m new to this company and this venue and when I went for the audition I was convinced I had the wrong place. Through the bookstore, into what looked like a changing room area and then down a small corridor out the back is a secret place, an annex (although on the same floor). It’s the perfect setting in many ways. You’ve no idea that it’s there. I like to imagine you could be in the bookstore and not know that behind the curtain plays are being performed. Like when the Nazis look up at the building and have no idea that several families are hidden in there.