A Conversation with Melanie Brezill of THE MLK PROJECT

The MLK Project: The Fight for Civil Rights is Writers’ Theatre’s one-woman education outreach production that tours Chicago and suburban schools every January and February. The show follows a young Chicago student’s personal evolution while studying the Civil Rights Movement. Using poetry, hip-hop and history, the performance features stories of both celebrated and unsung Chicago-based Civil Rights Activists, with one actress transforming into different characters. On the eve of the tour’s sixth year, Education Liaison Nicole Ripley had a discussion with actress Melane Brezill about the production. 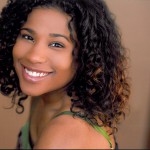 Nicole Ripley: Melanie, this is your second year performing in The MLK Project. Can you talk a little bit about what draws you to this project?

Melanie Brezill: I was drawn to the piece because I had never encountered the Civil Rights Movement like this before. First-hand accounts of participants of the Movement, hip hop and poetry, sound clips and photo projections all intertwine to create a living, breathing and purposeful piece of art. I’ve never been so proud to share a piece with an audience. I absolutely had to come to back to dig a little deeper this time around.

NR: In the play, the character Alaya meets many local heroes, both well-known and lesser-known, of the Civil Rights Movement. Since this is a one-person show, you have the challenging job of transforming yourself into so many different characters. How have you tackled this?

MB: First and foremost, I remind myself to go back to the basics and just tell the story. With each of the characters I asked myself “what am I trying to say?” Once I felt like I was telling a clear story, I began to think about layers: physicality, accents, mannerisms, etc. That was the fun part. Of course, the characters in the show are actual historical figures, so I did study their real lives in order to bring them to life.

NR: Yes, these characters are real people – some of whom are still alive. What was your process for discov­ering who these people are? How much is reality, how much is fiction?

MB: I started by reading about each character. I wanted to encounter them this way first so that my imagina­tion could work. Then, I looked at old video footage and listened to audio in order to pick up their unique man­nerisms. My body and voice are the channels through which these characters come to life, so there are many choices I made and details I added working under Jimmy’s direction.

NR: You mention working under Jimmy McDermott’s direction. In theatre, the actor, director and designers work together to tell the story. Can you say anything about how this process worked in rehearsal?

MB: This play is a collaborative piece from top to bottom. I love that about it. For example, our director Jimmy has the ability to see what the piece looks like as a whole. In rehearsal he would often shape pictures or make adjustments that helped to tell the story. In the same way, Mikhail, sound designer extraordinaire, would create beats and arrange sound cues to elicit feeling and convey meaning through music and sound. The same goes for the costuming and props. In the rehearsal process, all of these individuals watched and made adjustments to create the product. Without any one of these elements, the show would fall short in getting the message across to the audience.

NR: One of those messages is that Alaya realizes she has to use her mind and her art instead of her fists in order to reach her dreams. How and when did you know you wanted to be a professional actor? What did you need to do, or keep in mind, in order to achieve your goals?

MB: I knew that I was serious about pursuing acting professionally during my senior year in college when I turned down “real” jobs in order to work in the theatre. I studied theatre at Northwestern University where I used to create lists of the types of roles I wanted to play. Taking class, reading and taking care of my body are all very important to achieving the goals I have. I think the best actors are students of life so I try to be as well-rounded as possible.

NR: What has been the biggest challenge working on The MLK Project?

MB: The biggest challenge has been keeping the show fresh. I think with a one-person show it can be easy to slip into a routine way of doing and saying things because there is no one else to respond to onstage. In order to sustain the piece I have to find new discoveries each time I perform.

NR: That seems like a particular challenge in this one-person play. As a profes­sional actor you have been in many kinds of productions. What is your favorite kind of play to work on?

MB: I love to work on all sorts of plays. Because music is such an important part of my life, I love doing plays with music, regardless of whether there is singing or not. I think that music has a way of completing stories like nothing else can. I also love doing shows that are rooted in some sort of historical context. I love discovering new ways to retell history.

MB: My favorite part has been traveling across the Chicagoland area and performing for thousands of students. Each audi­ence sees the show from its own unique perspective, making my role fun each time. I get artisitically inspired when I hear the students’ comments and feedback.

NR: Have you learned anything new working on The MLK Project?

MB: I have learned so much working on this project. I was not familiar with many of the characters in the play before I took on the role. The play does an amazing job of bringing lesser-known figures of the Civil Rights Movement, all of whom have a Chi­cago connection, to the forefront. I had no idea there was so much history in my backyard.

NR: Do you have any message you’d like to leave with the students who watch The MLK Project?

MB: I want to tell students to DREAM. There are so many obstacles and things that may threaten your dreams but you have to fight to hold onto them. Be encouraged and inspired by the characters’ stories in the play. See that even though all of the charac­ters faced obstacles, they never gave up on their dreams. As Reverend Kyles says in the play, “The dream is still alive.”