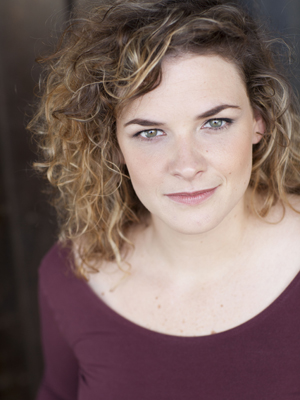 At Writers Theatre: Twelfth Night, Or What You Will

Mary is a graduate of The Theatre School at DePaul University. She is a member of The Inconvenience, a regular contributor at Salonathon and host and writer for The Fly Honey Show (The Inconvenience). Some Chicago credits include: The Minutes (u/s, Steppenwolf Theatre Company), A Funny Thing Happened On The Way To The Gynecologic Oncology Unit... (Route 66), Sender (A Red Orchid Theatre), Tony Kushner Contemplates Writing a Gay Fantasia Based On National Themes (Goodman Theatre), Three Sisters (The Hypocrites), Hit The Wall (The Inconvenience, Steppenwolf) and Reverb (Red Twist). TV and Film credits include: Chicago PD, Bobby and Iza, Shrink (NBC) and RideShare (Space Camp Productions). Recently, she played Macbeth in Macbeth and Mercutio in Romeo and Juliet with The Backroom Shakespeare Project. When she is not acting she is working as a visual artist and gore designer. She is represented by Grossman and Jack Talent.