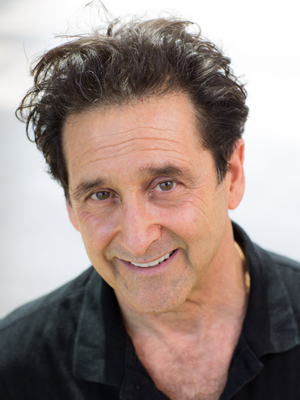 Billy Siegenfeld
At Writers Theatre: Quixote: On the Conquest of Self

Billy Siegenfeld is the director, principal choreographer, script-writer, musical arranger, and performing ensemble member of the Chicago-based Jump Rhythm® Jazz Project (JRJP), an international touring group he founded in 1990. JRJP performs a “theatre of energy” that fuses rhythm-driven vocalizations and texts with dynamic motion. Recent and current projects include writing the play Jimmie Blues and The Strange Case of the Accidental Dancer, which he also choreographed and performs in, touring with JRJP to Barcelona to perform at L’Escola de Artes Musicales, directing Chicago Tap Theatre’s production of Time Steps (which Dance Magazine cited as “Best New Production of 2016”), previewing a short solo one-act at the American Comedy Institute in NYC and editing his writings for Getting Down To Go Forward, a forthcoming book on Jump Rhythm’s holistic-pedagogical point of view (University of Florida Press). He’s enjoyed serving as movement director/choreographer on Aimée & Jaguar, How to End Poverty in 90 Minutes, All I Need to Know I Learned in Kindergarten and It’s a Wonderful Life. Recognitions from 1994 to 2016 include the Jazz Dance World Congress Gold Leo Award for Outstanding Choreography, the Ruth Page Award for Outstanding Contributions to the Field, an Emmy Award for his choreography and performance in the HMS-produced PBS documentary Jump Rhythm Jazz Project: Getting There and the Artistic Achievement Award of the Chicago National Dance Masters Association of Dance Masters. He is also a Charles Deering McCormick Professor of Teaching Excellence in the Department of Theatre at Northwestern University, where his courses draw on 3 concepts he created: Jump Rhythm, a vernacular-bodied, rhythm-driven system of voice-and-movement training for career and non-career actors, dancers, and singers; Standing Down Straight, a method of postural re-education that uses gravity-directed relaxation as a means of moving and vocalizing with more power and less effort; and American Rhythm Dancing, an historical appreciation of the impact the African-American performance aesthetic had had on the arts and daily living.  After graduating from Brown University with a degree in Literature, he moved to New York and performed dance with Don Redlich, performed in off-off-Broadway productions and in the Broadway production of Singin’ in the Rain and, after stopping dancing because of dance-training-related injuries, studied ideokinesis with André Bernard, who taught him how to let the force of gravity, not human speculation, determine how the body should move. For more information