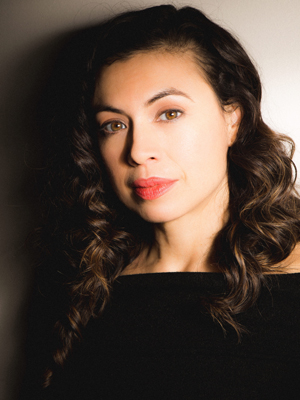 Sandra Delgado is a Colombian-American writer and actor best known for her play La Havana Madrid, which enjoyed sold-out runs at Steppenwolf and Goodman Theatre, and most recently in a co-production with Teatro Vista and Collaboraction. La Havana Madrid received recognition as one of the best plays of 2017 by New City Chicago and Time Out Chicago, and the Time-Out Audience Award for Best New Work. It was an Alliance of Latinx Theatre Artists (ALTA) nominee for the Maria Irene Fornes New Play Award and ALTA Award winner for Best Production and was featured in the New York Times and CNN. Her new play, Felons and Familias, was part of Theatre on the Lake's 2018 season and The Goodman Theatre’s New Stages Festival under the new title, Hundreds and Hundreds of Stars. Ms. Delgado is also a respected veteran of the stage, with a career spanning two decades. Acting highlights include La Ruta, Motherf**ker with the Hat (Steppenwolf Theatre), Oedipus El Rey (The Public Theater), the epic five-hour 2666 (Goodman Theatre) and Mojada (Victory Gardens Theater), where her portrayal of Medea earned distinction as one of the Top Ten performances of the year by the Chicago Tribune.

Sandra is an Illinios Arts Council Fellow in Literature, a 3Arts Awardee, Joyce Awardee, TCG Resident Actor Fellow, the recipient of two DCASE and 3Arts 3AP Project grants, a resident playwright at Chicago Dramatists and a member of ALTA's Semillero Playwright's Circle. She is a founding ensemble member of Collaboraction and Teatro Vista, and is currently the artist-in-residence at Loyola University Chicago, where she is developing her new musical, The Boys and the Nuns. Sandra is one of the 20 women of Chicago arts and culture honored in Kerry James Marshall's mural Rushmore on the facade of the Chicago Cultural Center. sandradelgado.net