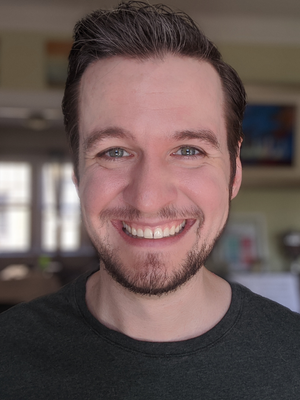 Matt Edmonds
At Writers Theatre: Once, Into the Woods

Matt Edmonds was last seen at Writers Theatre as the Wolf/Steward in Into the Woods. He’s been performing in Chicagoland for a little over 10 years, though it has been a bit, as this is his first return to the stage since Covid hit. Favorite work includes: Murder For Two (Marriott Lincolnshire & Milwaukee Repertory Theatre), Forever Plaid, Pump Boys & Dinettes (Theatre at the Center), Ragtime (Griffin Theatre), Death of a Salesman, All-American (Redtwist Theatre), Rent (Theo Ubique), and The Last Five Years (Metropolis Performing Arts Center). Regionally, Matt’s performed in Next To Normal (TheatreSquared) and Twelfth Night (Notre Dame Shakespeare Festival). He is a company member at Redtwist Theater, and is represented by Shirley Hamilton Talent.