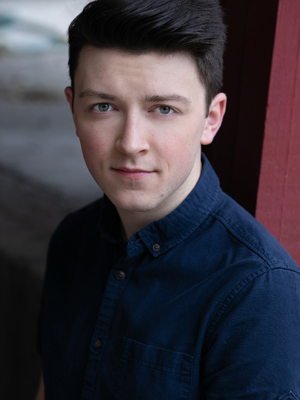 At Writers Theatre: Next to Normal

Kieran McCabe is a Philadelphia native who was graduated from Loyola University of Chicago with a B.A. in English Creative Writing in January. His most recent credits include: Fluke Holland in Million Dollar Quartet (Marriott Theatre), Jerry Allison in Buddy: The Buddy Holly Story (American Blues Theater), Scapino in Scapino!, Orin Scrivello, DDS in Little Shop of Horrors, Agustin Magaldi in Evita, Mr. Manningham in Gaslight, Stacee Jaxx in Rock of Ages, Carousel, Mary Poppins, Titanic, A Funny Thing Happened on the Way to the Forum (Timber Lake Playhouse) and Freak in columbinus (Loyola Chicago). Kieran is proud to be represented by Big Mouth Talent. You can find Kieran's original music, writing and other projects by following him on Instagram and Facebook (@kpmcbabe) and by visiting kieranmccabe.weebly.com. He'd like to thank his Mom & Dad, Molly, JSP and PC. O.A.M.D.G.