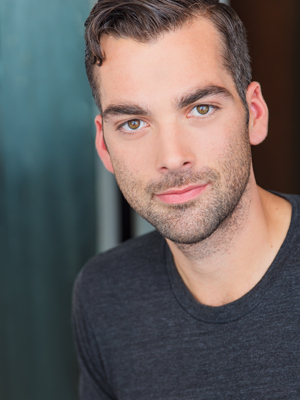 Joel is a company member at Steep Theatre company and has most recently been on the Steep stage in Red Rex, Birdland, The Invisible Hand (Jeff Award Nomination), Bobbie Clearly and Motortown (Jeff Award Nomination). Other Chicago Theatre credits include By the Water (Northlight), Airline Highway (Steppenwolf), A Loss of Roses, Vieux Carré (Raven Theatre), Lisbon Traviata (Eclipse Theatre Company), Ecstasy (Cole Theatre) and The Brig (Mary Arrchie). He is also acting in film and TV around Chicago and has just wrapped two feature films, The World Without You and Final Choice, and has guest starred in Chicago Fire (NBC). To keep up on Joel-related news, visit JoelReitsma.com. He is represented by Paonessa Talent Agency. He thanks his family for their endless support and his wife, Laura, his everything.