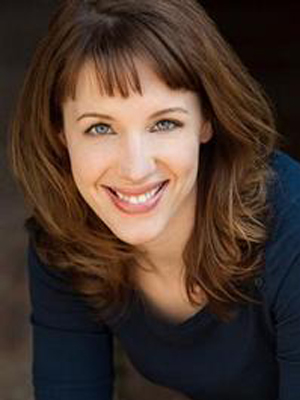 At Writers Theatre: She Loves Me

Broadway: Beautiful: The Carole King Musical, The Mystery of Edwin Drood, Nice Work if You Can Get It, On a Clear Day You Can See Forever. Chicago credits include: Guys and Dolls, Fiddler on the Roof, TYA’s Sleeping Beauty, All Shook Up, Shenandoah (Mariott Theatre at Lincolnshire), Merrily We Roll Along (The Music Theatre Company), A Christmas Carol, Animal Crackers ((Goodman Theatre), the regional premiere of Curtains, Meet Me in St. Louis (Drury Lane Oakbrook) and Carousel for which she received a Jeff Award and a Connecticut Critics Circle Award (Court Theatre and Long Wharf Theatre). She has also appeared in several productions at the Chicago Shakespeare Theater, including Willy Wonka, How Can You Run With a Shell on Your Back?, The Three Musketeers and Henry IV, Parts I & 2 (also on tour at the Royal Shakespeare Company in Stratford-upon-Avon). Regional credits include: A Little Night Music, Over the Tavern (Peninsula Players) and Big River (Syracuse Stage). She is a proud member of Actor’s Equity. Thanks be to God!