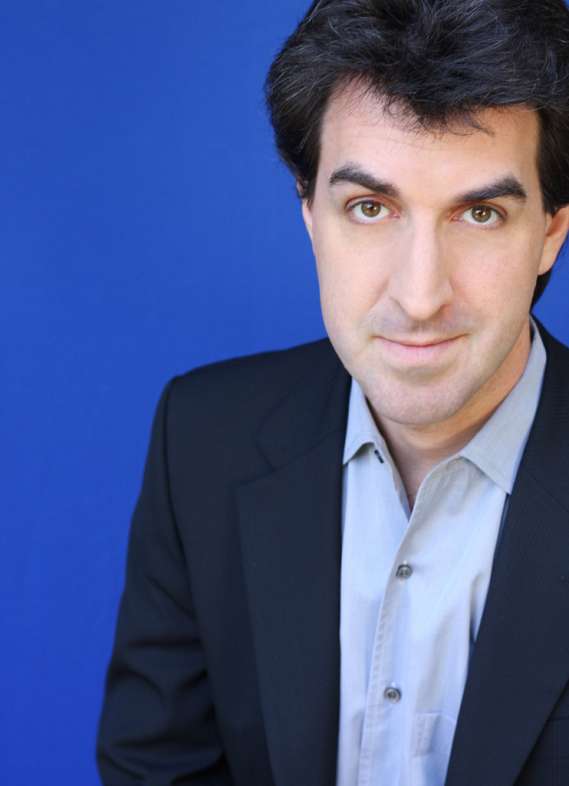 Jason Robert Brown is the ultimate multi-hyphenate—an equally skilled composer, lyricist, conductor, arranger, orchestrator, director and performer—best known for his dazzling scores to several of the most renowned musicals of his generation, including The Last Five Years, his debut song cycle Songs for a New World, and the seminal Parade, for which he won the 1999 Tony Award for Best Score. Jason Robert Brown has been hailed as "one of Broadway's smartest and most sophisticated songwriters since Stephen Sondheim" (Philadelphia Inquirer), and his "extraordinary, jubilant theater music" (Chicago Tribune) has been heard all over the world, whether in one of the hundreds of productions of his musicals every year or in his own incendiary live performances. The New York Times refers to Jason as "a leading member of a new generation of composers who embody high hopes for the American musical." He was awarded two Tony Awards for writing and orchestrating The Bridges of Madison County, a musical adapted with Marsha Norman from the best-selling novel, which opened last season on Broadway, directed by Bartlett Sher and starring Kelli O'Hara and Steven Pasquale. Honeymoon In Vegas, based on Andrew Bergman's film, recently opened on Broadway to rave reviews, including a review for Jason, comparing him in the New York Times favorably to Rodgers and Hammerstein. A film version of his epochal Off-Broadway musical The Last Five Years was released starring Anna Kendrick and Jeremy Jordan and directed by Richard LaGravenese. His major musicals as composer and lyricist include: 13, written with Robert Horn and Dan Elish, which began its life in Los Angeles in 2007 and opened on Broadway in 2008 (and was subsequently directed by the composer for its West End premiere in 2012); The Last Five Years, which was cited as one of Time magazine's 10 Best of 2001 and won Drama Desk Awards for Best Music and Best Lyrics (and was subsequently directed by the composer in its record-breaking Off-Broadway run at Second Stage Theatre in 2013); Parade, written with Alfred Uhry and directed by Harold Prince, which premiered at Lincoln Center Theater in 1998, and subsequently won both the Drama Desk and New York Drama Critics' Circle Awards for Best New Musical, as well as garnering Jason the Tony Award for Original Score; and Songs for a New World, a theatrical song cycle directed by Daisy Prince, which played Off-Broadway in 1995, and has since been seen in hundreds of productions around the world. Paradewas also the subject of a major revival directed by Rob Ashford, first at London's Donmar Warehouse and then at the Mark Taper Forum in Los Angeles. His orchestral adaptation of E.B. White's novel The Trumpet of the Swan premiered at the Kennedy Center with John Lithgow and the National Symphony Orchestra, and the CD was released on PS Classics. Future projects include a new chamber musical created with Daisy Prince and Jonathan Marc Sherman called The Connector, an untitled new piece created with Claudia Shear and Casey Nicholaw, and a new solo album for release in 2015. Jason is the winner of the 2002 Kleban Prize for Outstanding Lyrics and the 1996 Gilman & Gonzalez-Falla Foundation Award for Musical Theatre. Jason's songs, including the cabaret standard "Stars and the Moon," have been performed and recorded by Audra McDonald, Billy Porter, Betty Buckley, Karen Akers, Renée Fleming, Philip Quast, Jon Hendricks and many others, and his song "Someone to Fall Back On" was featured in the Walden Media film, Bandslam. As a soloist or with his band The Caucasian Rhythm Kings, Jason has performed sold-out concerts around the world. His first solo album, Wearing Someone Else's Clothes, was named one of Amazon.com's best of 2005, and is available from Sh-K-Boom Records. His collaboration with singer Lauren Kennedy, Songs of Jason Robert Brown, is available on PS Classics. Jason's piano sonata, Mr. Broadway was commissioned and premiered by Anthony De Mare at Carnegie Hall. Jason is also the composer of the incidental music for David Lindsay-Abaire's Kimberly Akimbo and Fuddy Meers, Marsha Norman's Last Dance, David Marshall Grant's Current Events, Kenneth Lonergan's The Waverly Gallery, and the Irish Repertory Theater's production of Long Day's Journey Into Night, and he was a Tony Award nominee for his contributions to the score of Urban Cowboy the Musical. He has also contributed music to the hit Nickelodeon television series, The Wonder Pets. His scores are published by Hal Leonard. Jason currently teaches musical theater performance and composition at the USC School of Dramatic Arts. For the new musical Prince of Broadway, a celebration of the career of Harold Prince, Jason will be serving as the musical supervisor and arranger. Other recent New York credits as conductor and arranger include Urban Cowboy the Musical on Broadway; Oliver Goldstick's play, Dinah Was, directed by David Petrarca, at the Gramercy Theatre and on national tour; and William Finn's A New Brain, directed by Graciela Daniele, at Lincoln Center Theater. Jason was the musical director of the pop vocal group, The Tonics, with whom he performed at the 1992 tribute to Stephen Sondheim at Carnegie Hall (recorded by RCA Victor); he was the conductor and orchestrator of Yoko Ono's musical, New York Rock, at the WPA Theatre (on Capitol Records); and he orchestrated Andrew Lippa's john and jen, Off-Broadway at Lamb's Theatre (Varese Sarabande). In 1994, Jason was the conductor and arranger of Michael John LaChiusa's The Petrified Prince, directed by Harold Prince, at the Public Theater. Additionally, Jason served as the orchestrator and arranger of Charles Strouse and Lee Adams's score for a proposed musical of Star Wars. Jason also took over as musical director for the Off-Broadway hit When Pigs Fly. Jason has conducted and created arrangements and orchestrations for Liza Minnelli, John Pizzarelli, Tovah Feldshuh, and Laurie Beechman, among many others. Jason studied composition at the Eastman School of Music in Rochester, NY, with Samuel Adler, Christopher Rouse, and Joseph Schwantner. He lives with his wife, composer Georgia Stitt, and their daughters in New York City. Jason is a proud member of the Dramatists Guild and the American Federation of Musicians Local 802 & 47. jasonrobertbrown.com