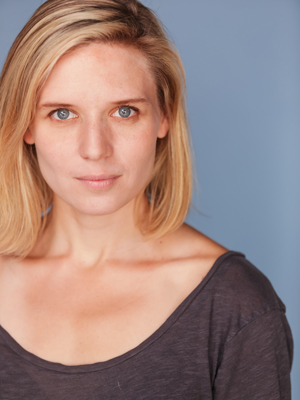 At Writers Theatre: Wife of a Salesman, The Last Match

Heather Chrisler returns to Writers Theatre after playing Galina in The Last Match.  Her work in Chicago includes Howards End (Remy Bumppo), Twilight Bowl (Goodman Theatre; Jeff Nomination, Best Ensemble; Chris Jones Top Ten Performances of 2019 Honorable Mention), Mies Julie (Victory Gardens; Chris Jones Top Ten Performances of 2018), Small Mouth Sounds (A Red Orchid; Jeff Nomination, Best Ensemble), Machinal (Greenhouse; Jeff Nomination, Best Performer; Chris Jones Top Ten Performances of 2017) and good friday (Oracle Productions, Jeff Nomination Ensemble). Chrisler is an Artistic Associate of First Folio Theatre where she has been in The Jigsaw Bride, Mary's Wedding, Captain Blood, and The Madness of Edgar Allan Poe. Regionally she has been in productions at The Cincinnati Playhouse in the Park, Door Shakespeare, Riverside Theatre and Portland Center Stage. As a playwright, Chrisler’s adaptation of Little Women has been produced around the Midwest and will have its fourth production in spring of 2023 at First Folio Theatre. As an educator, Chrisler is both a drama teacher and the Director of the Arts Immersion Camp for The City of Evanston. She is also a faculty member of The Laughing Academy. Her television credits include 4400 (The CW) and Chicago PD (NBC). Chrisler holds an MFA from Ohio University, and she is represented by DDO Chicago.