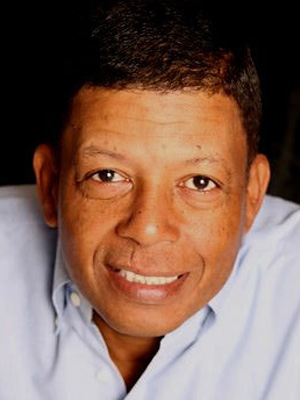 Eugene Lee has a career offering a singular combination of on- and off-screen expertise. He began working as an actor in the early 1970s and continues to appear on stage, in movies and on television. In 1972, Lee was a cast member in a command performance of A Raisin in the Sun for President Lyndon B. Johnson by the Ebony Players, a college theatrical group formed with his college roommate. He went on to appear and work in over 200 television movies and series, including The Women of Brewster Place (ABC) with Oprah Winfrey, Dallas (TNT), Good Times (CBS), The White Shadow (CBS) and The District (CBS), NYPD Blue (ABC), The Guiding Light (NBC), Quantum Leap (NBC), American Crime (ABC), The Lying Game (Freeform), MacGyver (CBS) and the title character in Wolf, an award-winning independent film. On stage, Lee's credits are even more extensive. He has appeared on stages across the country and across the globe. He traveled with the renowned Negro Theatre Ensemble, performing in the Pulitzer Prize-winning A Soldier's Play and numerous other works. He is considered a "Wilsonian Warrior" for his many appearances in the works of August Wilson, including the Broadway production of Gem of the Ocean. He performed in five of Wilson's 10 plays at the Kennedy Center in Washington, D.C. and in Wilson’s final autobiographical one-man piece, How I Learned What I Learned. His credits include works at The Negro Ensemble Company, Inc. of New York, True Colors Theatre in Atlanta, Huntington Theatre Company in Boston, Pittsburgh Playwrights Theatre Company, Mark Taper Forum in Los Angeles, Goodman Theatre in Chicago, Pittsburgh Public Theater and Crossroads Theatre Company in New Jersey. His television writing credits include episodes of Homicide: Life on the Street (NBC) (Emmy Award-nominated), Walker, Texas Ranger (CBS), Michael Hayes (CBS), The Journey of Allen Strange (Nickelodeon), Turks (CBS) and the Morgan Freeman-produced television movie, Port Chicago. His own characters come to life through his plays, including East Texas Hot Links, which has been produced on stages from Los Angeles to New York and London’s The Royal Court Theatre and is published by Samuel French, Inc. His other plays include Fear Itself, Somebody Called: A Tale of Two Preachers, Killingsworth, Lyin’ Ass and the musical Twist. Lee is Artist in Residence and Artistic Director of the Black and Latino Playwrights Conference at Texas State University where he is also designated Distinguished Alumus. The conference will celebrate its 15th year in 2016 and has received national recognition in the form of two National Endowment for the Arts Grants. Through this venue, Lee has worked with hundreds of young playwrights and students, coupling veteran professional directors and performers with those aspiring to develop and have their voices heard.