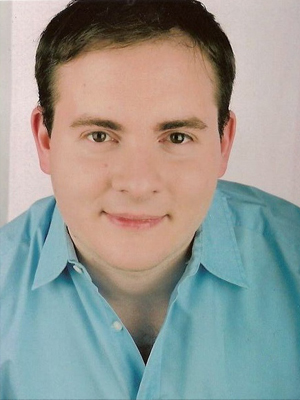 Peck is the winner of six Joseph Jefferson Awards (The Jungle Book, Porgy and Bess, Caroline, or Change, Carousel, Fiorello!, Man of La Mancha) and two After Dark Awards (Guys and Dolls, Hello, Again). Other favorite projects include: Dreamgirls, Animal Crackers, Shenandoah, Candide, Fiddler on the Roof, Hair, Cabaret, James Joyce's The Dead, A Catered Affair, Grey Gardens and Raisin. Peck’s work has been heard in Chicago at Court Theatre, Goodman Theatre, Chicago Shakespeare Theater, TimeLine Theatre, Northlight Theatre, Paramount Theatre, Drury Lane Oakbrook, Porchlight Music Theatre, and the Ravinia Festival. Regional credits include work at the Huntington Theatre Company, the Shakespeare Theatre Company, Long Wharf Theatre, Asolo Repertory Theatre, and Peninsula Players Theatre, among others. Mr. Peck can be heard on the recordings Bright Young People: The Songs of Noël Coward, Foiled Again Live, and Loving Repeating: A Musical of Gertrude Stein. For the Chicago Humanities Festival, he and his husband Rob Lindley have presented Assassins and Follies in concert, as well as the original concert evenings Birds Do It, Bees Do It and A Night at the Oscars, a chronological survey of every single song that has won the Academy Award. Mr. Peck is a graduate of Northwestern University and also trained at the Interlochen Center for the Arts. He is a creative partner with the Goodman, an artistic associate with Porchlight Music Theatre, and a faculty member of the National High School Institute of the Arts. Doug’s production of Juno begins soon at TimeLine Theatre, and he travels next to Cooperstown, NY to conduct Carousel at the Glimmerglass Opera.