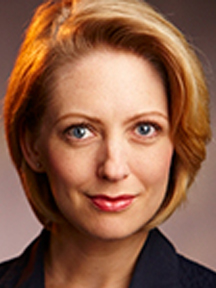 At Writers Theatre: The Blonde, the Brunette and the Vengeful Redhead

Ms. Staples began her career in Chicago, where her credits include: Cressida in Troilus And Cressida, Desdemona in Othello, Celia in As You Like It and Portia in Julius Caesar (outreach tour) at Chicago Shakespeare Theater; “Mouth” in the one woman - one act Not I for the Buckets o’ Beckett Festival, multiple shows at Shaw Chicago and Bailiwick Directors’ Festival.  Regional credits include: Indiana Repertory Theater, Syracuse Stage, Meadow Brook Theater, Iowa Shakespeare Festival, Wisconsin Shakespeare Festival, New Court Theatre and New American Theater. Staples relocated ninety miles north when she became a company member with the Milwaukee Repertory Theatre (and married David Cecsarini, Next Act Theater’s Artistic/Producing Director). She has been with the Milwaukee Repertory Theatre for 16 seasons, where she has just appeared as Emilia in Othello and as Jean Louise in To Kill A Mockingbird. Highlights from her more than fifty other Milwaukee Repertory Theatre credits are Jane/Valerie in Speaking In Tongues, Lydia Gwilt in Armadale, Kitty in Happy Now?, Billie Dawn in Born Yesterday, Nora in A Doll’s House, Regan in King Lear, Louise in The Underpants, Elmire in Tartuffe, Nancy in Frozen, Catherine in Proof, Lady Caroline in Enchanted April, Natalya in A Month In the Country and the title roles in Mary Stuart, Anna Karenina, Mirandolina and The Blonde, the Brunette and the Vengeful Redhead. She marked her seventh season with American Players’ Theatre, where some favorite roles include Ariel in The Tempest, Elvira in Blithe Spirit, Beatrice in Much Ado About Nothing, Helena in All’s Well That Ends Well, Hermione in The Winter’s Tale, Roxane in Cyrano De Bergerac, Phedre in Phedre, Yelena in Uncle Vanya and Gwendolen in The Importance of Being Earnest. Film credits include: Baraboo and Waterwalk. Staples is a commercial and voiceover talent. She can be seen next season at the Milwaukee Repertory Theatre and the summer following at American Players’ Theatre. Staples extends her heartfelt thanks to her husband (who's had his hands very full with their daughters Miranda and Amalia) and to all of the MANY other unseen hands that have contributed to making this show happen. www.deborahstaples.com