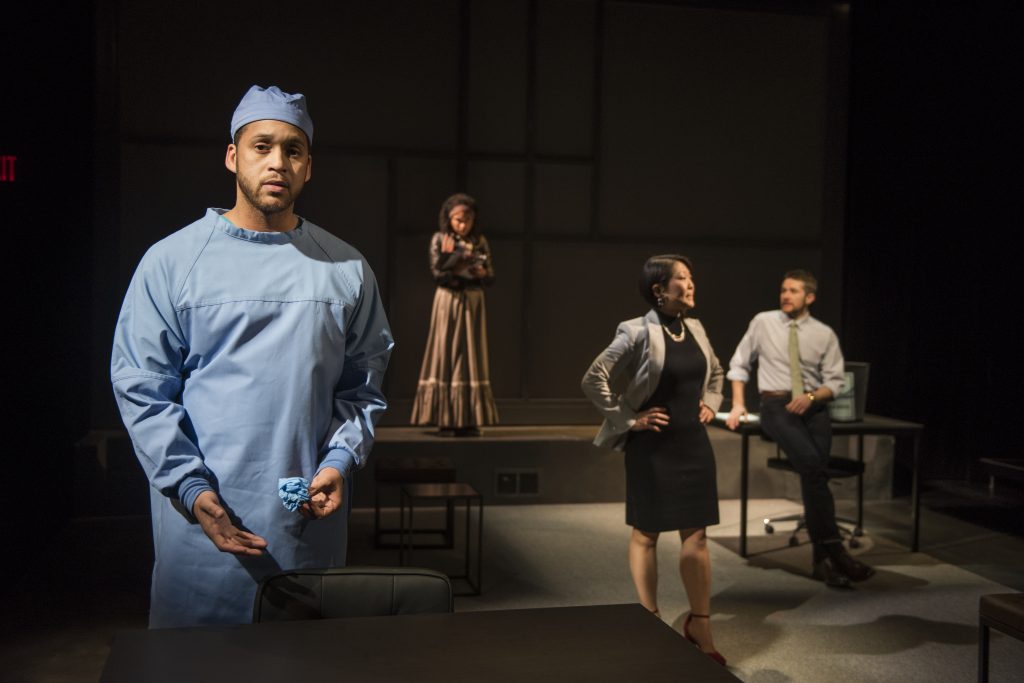 I fell in love with Lydia R. Diamond’s writing when I saw her play Stick Fly at The Windy City Playhouse on Irving Park in Chicago. I sat on the edge of my seat, breathless with excitement at the intensity of the text and the skill of the playwright. Like an Edward Albee or Lillian Hellman play, Stick Fly takes the idea of a well-to-do American family in crisis but shows it through the eyes of a family of color. Consequently, issues of race and class come thrillingly into the foreground through a profoundly personal lens. In short, Lydia was writing about race in a way that I had never experienced before. I immediately set about trying to meet her. I discovered to my delight that Lydia was now living in Evanston and I went to hear her speak at a panel on Women Playwrights of color moderated by the late, great Sam Roberson Jr. (may he rest in peace and may his memory be a blessing). She was as brilliant in person as she was on the page and I invited her to come and visit us at Writers Theatre where she started attending productions and engaging in conversations. It seemed a natural choice then to produce Smart People, her latest piece (which has played around the country to considerable acclaim). Indeed, the inestimable Terry Teachout in The Wall Street Journal made a favorable comparison to Tom Stoppard and greeted the play with a clarion pronouncement: “Loud long cheers are definitely in order.” 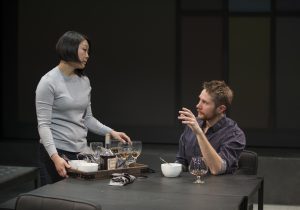 Smart People chronicles the lives of four brilliant people: one of them white, three of color. Brian (the white guy) is a neuroscientist. He has a study that proves that white people are inherently racist but has not considered that this information might not be welcome news to some—particularly his superiors. Brian is beginning a relationship with Ginny, a psychologist studying the impact of stress on economically disadvantaged Asian-American women. Meanwhile, Jackson, a doctor, struggles at his hospital while opening a clinic for patients unable to afford health care. He goes on a date with Valerie, an actor who is trying to balance making a living at her craft and supplements her income by working as a maid from time to time.

The play shows—with great compassion, wit and scintillating sparkling dialogue—how these four navigate the micro and macroaggressions of their daily lives, and how their repeated exposure to the limitations of the people around them ends up impacting their psyches, profoundly affecting their emotional lives. In the watching of it, whoever we are, we come away knowing ourselves and our foibles just a little bit better—all this while having a great time along the way. 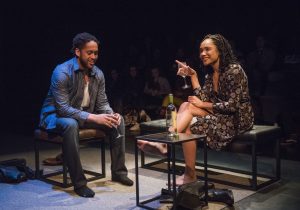 Director Hallie Gordon and Lydia Diamond have enjoyed a long and productive career going back to The Bluest Eye, which Lydia adapted from Toni Morrison’s novel. Being in the room with them is always joyous as they finish each other’s sentences or sense each other’s comfort or discomfort as they navigate an audition or a discussion about the play. I’m decidedly thrilled to share the work of these two remarkable women with you in our beautiful Gillian Theatre. They have put together a wonderful cast, welcoming back Erik Hellman, Deanna Myers and Julian Parker and introducing Kayla Carter. Furthermore, Hallie has brought a first-class team of designers to the table. Be prepared to be drawn into the hearts and minds of these thrilling characters through the voice of one of the most original and exciting playwrights currently making plays. And then emerge from the theatre after the play a little bit (or perhaps a lot) smarter.