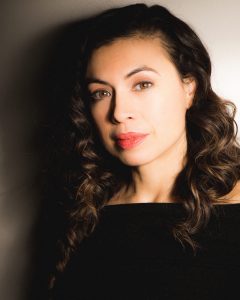 Bobby Kennedy: Michael, can you tell us where the idea for this new adaptation of A Doll’s House started?

Michael Halberstam: Definition Theatre Company—an exciting young company in Chicago founded by University of Illinois graduates—was looking for a project to collaborate on with me, one that appealed to my sensibilities but also to their company. The desire to collaborate on a classic emerged directly out of the fact that as artists they were feeling pigeonholed, so the opportunity to work on a classic of the theatrical canon was incredibly appealing. A number of the projects we considered were not producible anymore, which is an interesting challenge we are all experiencing at every level of the entertainment industry right now. A Doll’s House felt like a piece that could be revisited without having to struggle with reprehensible perspectives by the original author. Because Ibsen was not writing with an agenda—he was simply writing about something that he saw in his world at the time and trying to give it a voice—he manages to transcend his moment with most of his plays. Because Ibsen was leading his audience through a narrative they had never experienced before, he has a tendency to overstate and hammer home his points again and again. We don’t always recognize this when looking at these pieces from a couple centuries ago. They were crafted for audiences who had different expectations when they sat down to see a play. When you go back and look at thriller films from the 30s, 40s and 50s, you will often see the narrative structure laid out for you in painstaking detail. It can now seem absurdly archaic from a contemporary perspective. One of the great pleasures of having these plays in the public domain is that we now have the opportunity to actually trim away the excess exposition, and allow the script to have a fresher and more driving perspective. The adaptation I made and directed for Definition Theatre Company in 2015 at the Chopin Theatre ran 90 minutes as a result of this focusing. 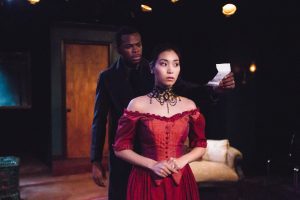 BK: Sandra, what was your response when approached about joining as co-adapter?

Sandra Delgado: The “traditional theater canon” has historically meant plays written by white folks (by and large white men) about white folks for a white audience. As a theatre artist, specifically in my acting career, I have never found a home in these plays. I haven’t had the opportunity to audition for a lot of Chekhov or Ibsen or Shakespeare. I don’t get called in for that kind of stuff. I am not alone in this feeling or experience; it is common among theatre artists of color. It was a complete surprise when Writers Theatre contacted me about working on a new adaptation of A Doll’s House. It wasn’t until I went back and read it that I was like “wow, I’m really connecting with this story right now, at this point in my life—at this point in the history of our country.” The issues, the circumstances that are present in this play are ones that we are still wrestling with. That’s what really excited me about working on it. I have felt in my life—and I know a lot of other women feel it too—the tug between motherhood and being a partner and making a living and taking care of yourself. How do you hang on to who you are? How do you make time for yourself? This play is that feeling on steroids. This woman has completely lost herself and all these questions that she has: Who am I? What does life mean? How do I fit in? Timeless questions. Ones that I write about in my other plays too,this exploration of identity and trying to find your place in the world. 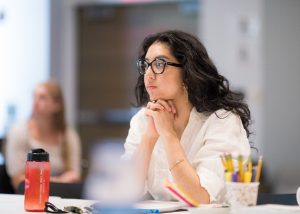 BK: Can you tell us about the collaboration process and who worked on what?

MH: I was working from a public domain translation from the early 1900s that I found online. I worked with several different versions and worked to soften the language because of course those early translations are very difficult to wrap your head around when it comes down to contemporary idiomatic speech. One of the great challenges we have with authors from this period is they were celebrated for their natural speech, their voice of the street, and of course the voice of the street has shifted incredibly in the last 150 years. To find a natural conversation means these plays have to be readapted on a regular basis so we can keep up with vernacular.

SD: Reading Michael’s adaptation felt like I got on a train that quickly goes from 0 to 120. I was able to rip through that version of it. I haven’t generally been interested in the old stories. So when I read Michael’s version I thought, “Well this is interesting” because it’s an old play but it’s a new play. I was like, “Oh yeah! This I can get on board with. This is exciting to me.” It’s been a delicious challenge to have this conversation with Ibsen and bring my life experience, style and point of view to the story he told so long ago.

MH: Although I put some time and energy into making my text sound more conversational, it’s not my strength and the archness of the original material was still present in the dialogue periodically. What Sandra has done is remove that archness and also infuse a sense of her own with which I think complements Ibsen’s wit. Sandra’s work talks effortlessly and has balanced her own voice and Ibsen’s poetic sparseness. It is incredibly admirable and rewarding to listen to. 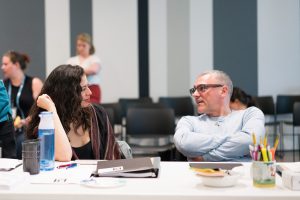