Ron OJ Parson: There from the Beginning

Ma Rainey’s Black Bottom was the play that thrust August Wilson into the national spotlight. And Ron OJ Parson was there for its opening night. 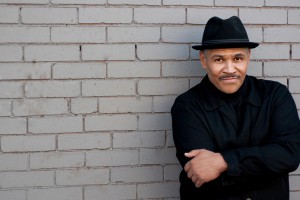 After graduating from the theatre program at the University of Michigan, Ron OJ Parson had moved to New York with several friends to make a career as an actor. Although he chose to pursue his master’s degree at Rutgers University, several of his friends—including actors David Alan Grier and Reg Cathey—enrolled in the program at Yale University.

Another friend that Parson had met in New York, and who had gotten the aspiring actor/director a job in a telemarketing office, was Charles “Roc” Dutton. Dutton would tell him, “there’s this guy at Yale writing a play for me and it’s going to change my life,” Parson recalls. While visiting his friends up at Yale in the early 1980s, he got to meet this at-that-point unknown playwright named August Wilson, who was working on a play called Ma Rainey’s Black Bottom.

When the premiere of that play moved from Yale to Broadway in 1984, with Charles Dutton in the role of Levee, Parson got a ticket to opening night from his friend. He remembers how incredible it was to be there on such a historic night. “No stars, an unknown playwright. The average tourist audience didn’t know anything about it. They thought it was a musical. I was in the bathroom at intermission and people were saying ‘there needs to be more music. I thought it was about Ma Rainey.’ It’s about Levee. It’s a play about being a black man in America.”

A few years later, Parson returned to his hometown of Buffalo, thinking he might get out of the theatre industry altogether. While in Buffalo, the Paul Robeson Theatre offered him the opportunity to direct a play, and Parson chose to direct Ma Rainey’s Black Bottom, his first time directing one of Wilson’s plays. He also starred as Levee in that production.

Getting to direct Wilson’s work reinvigorated Parson and, after moving to Chicago in 1994, he once again crossed paths with the now famous playwright. Parson worked as an understudy on Goodman Theatre’s production of Jitney in 1999. Wilson was continuing to refine the script as it made its way through regional theatre on its way to a New York run, and Parson spent as much time as possible watching the playwright at work.

Parson channeled all of this knowledge of Wilson’s plays into his directing career. In 2000, as the inaugural production for the new Congo Square Theatre Company in Chicago, Parson directed Wilson’s play The Piano Lesson. Wilson was in Chicago at the time, working on Goodman Theatre’s production of another of his plays, King Hedley II, and came to see Parson’s production at the tiny Chicago Dramatists space. The playwright was very impressed, calling it one of the best productions of the play he’d seen, and soon Wilson began recommending Parson as a director when theatres wanting to produce his plays asked for recommendations on who to hire. 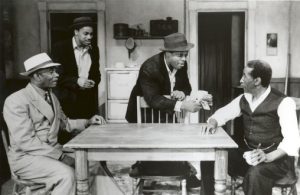 One of those recommendations led to Parson directing a production of Fences at Portland Stage in Maine. When Chicago’s Court Theatre decided they wanted to stage Fences, they asked Portland Stage who had directed their production and discovered that there was a fantastic interpreter of Wilson’s work based right here in Chicago. Parson has now directed 7 of Wilson’s 10 plays at Court Theatre: Fences, The Piano Lesson, Ma Rainey’s Black Bottom, Jitney, Seven Guitars, Gem of the Ocean and Radio Golf.

When asked about if he ever imagined he would get to do most of Wilson’s plays at a major Chicago theatre, he says, honestly, “Nope. I was a freelancer. It was a job and I was on to the next one.” But given the success of Fences, Court Theatre and the Joyce Foundation joined forces to make Parson a Resident Artist at the theatre, so he could keep regularly directing plays (including Wilson’s) on the south side of Chicago.

The Writers Theatre production of Ma Rainey’s Black Bottom will be Parson’s 5th time directing the play, and his 26th time directing a play of August Wilson’s. But Parson passionately rejects any suggestion that he might be tiring of the playwright’s work. “This playwright is one of the great playwrights,” he asserts. “August Wilson has ten plays. A lot of major playwrights have four or five that get done regularly. But he’s got ten well-known ones that get done all the time.”

There is always something new for Parson to discover while working on a Wilson play. For this production, he’ll have several new elements. Felicia Fields played the role of Ma Rainey in Goodman Theatre’s 1997 production, but she and Parson haven’t done the show together before. And Kelvin Roston, Jr. will be stepping into the lead role of Levee, after having played the supporting role of Sylvester in Court’s 2009 production of the play.

Most boldly, Parson and his scenic designer Todd Rosenthal are making the set a former Bronzeville church that has been converted to a recording studio. And although the entire play takes place inside, he wants there to be elements that undeniably show that this play happens in Chicago. “Bronzeville has a rich musical, jazz/blues history,” says Parson. “Hopefully people will see elements from outside that are definitely Chicago.” After all, it’s the play of Wilson’s that has meant the most to the director over his long career, and it’s the only one set in the city he’s called home for so long.