Notes from the Rehearsal Room—WITCH #1

I have been in a constant state of awe and admiration since rehearsals for Witch by Jen Silverman began on August 28th. Director Marti Lyons has assembled a stellar company of actors, designers and choreographers who are bringing this hilarious and profound new play to life. We were so lucky during the first week to have playwright Jen Silverman in the rehearsal room. Watching Marti and Jen collaborate and really flesh out the world of this play has been a real treat for everyone involved. Jen can turn out new pages with the blink of an eye, and watching Marti is simply a master class in directing. From day one, the vibe in the room has been one of collaboration, creative exchange and sheer joy. 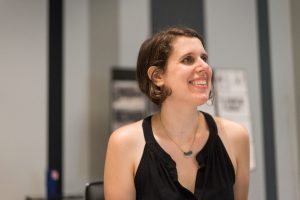 I’m not sure how to describe Witch without giving away too much. There is source material being the Jacobean Era play, The Witch of Edmonton by Rowley, Dekker and Ford. However, it’s not an adaptation. Witch is inspired by that play, but it’s so much more. The politics of gender and the destructive fragility of masculinity comically resonate throughout the play. When I first read the script over the summer, I knew it was special, but hearing it in these actors’ voices on day one was a game-changer. From the get-go, we all had the feeling that we cannot wait to share this play with audiences. 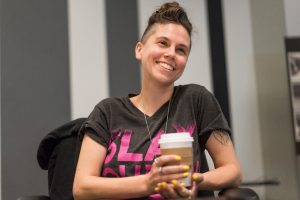 I do want to alert audiences to something often mentioned in Witch that I had never heard of prior to reading this play: Morris dancing! According to Wikipedia, “the Morris dance is a form of English folk dance usually accompanied by music. It is based on rhythmic stepping and the execution of choreographed figures by a group of dancers, usually wearing bell pads on their shins. Implements such as sticks, swords and handkerchiefs may also be wielded by the dancers.”

That’s all for now… stay tuned for another update from the world of Witch once we move into tech! 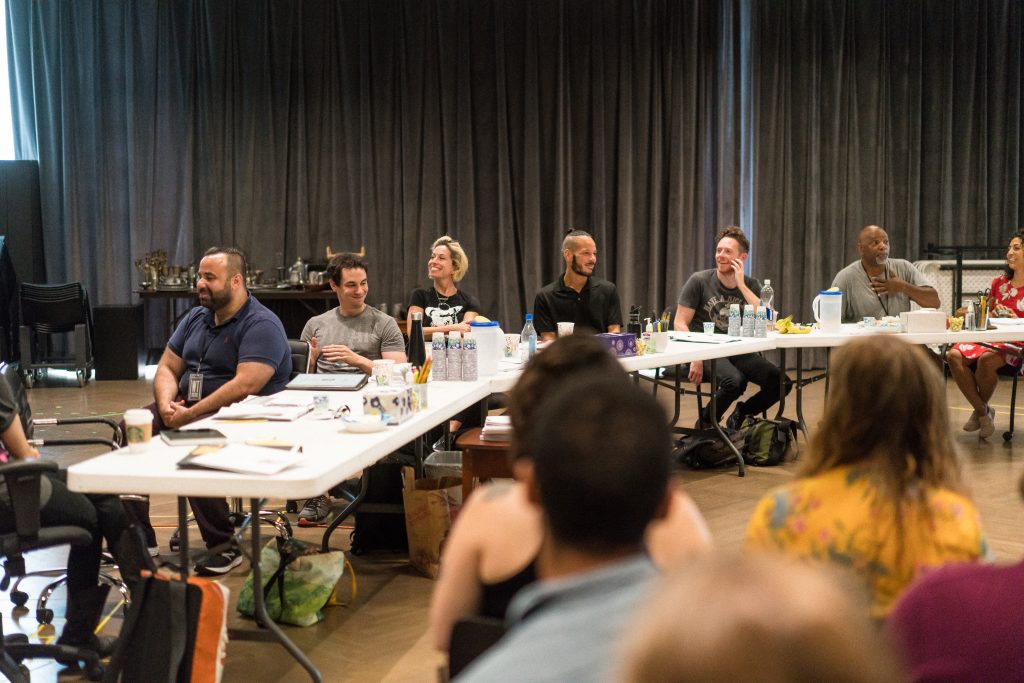 Pictured: The Company of WITCH. Photo by Joe Mazza—Brave Lux.