Notes from the Rehearsal Room—VIETGONE #1

We’re now a week and a half into busy daytime rehearsals of Vietgone, Qui Nguyen’s 2015 dramatization of his parents meeting as refugees from Vietnam in 1975. In terms of nut and bolts, we now have a rough to not-so-rough staging of about three-fourths (some 80 pages) of the play’s text, as well as its time and space-hopping scene changes (from wartime Saigon, to an Arkansas army base, the deck of a US aircraft carrier, and a Southwestern highway). Scripts are disappearing from actors’ hands (always a welcome sight to our director, Lavina Jadhwani), and characters are starting to go through that strange transmutation from being like an outer layer of clothing to an inner layer of personality. 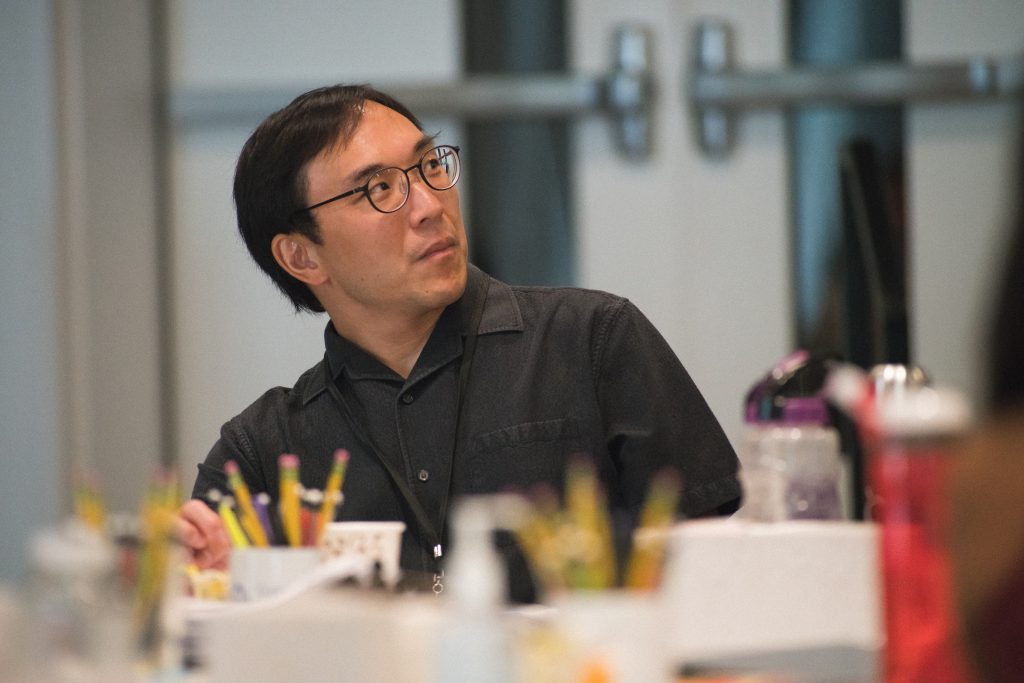 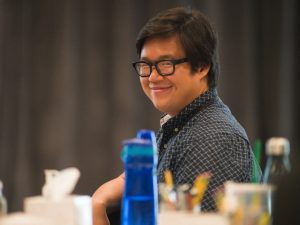 From my vantage point working here at Writers Theatre as assistant director on this production (a first-time experience on all counts), I almost wish audiences could see the Vietgone I’m seeing now. Of course, what they deserve and expect is a fine-tuned, finished and professional piece of work (especially given the play’s stellar reputation after stagings at the Oregon Shakespeare Festival and New York’s Manhattan Theatre Club, among other places). But there’s a frisson of excitement (to use a pretension phrase) from watching the seemingly boundless invention and possibilities both dramatic and comedic brought to bear by Lavina’s direction and Tommy Rapley’s choreography, plus the very A-game cast. As of typing, I’m observing one of many interactions between Matthew Yee (as Nguyen’s father Quang) and Rammel Chan (as his best bro Nhan) as they road trip their way from Arkansas to California, and as the characters converse and argue, I’m wondering which of the many available paths of emphasis will be chosen: pathos, slapstick, romance (both big “R” and little “r”)? 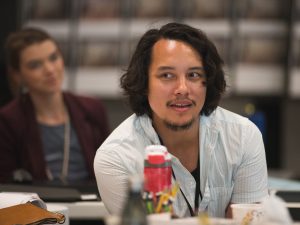 Vietgone feels ripe with potential. Like the faraway horizon featured on the cover art of the published edition of the script, stretching off through a rural landscape towards some far-off, unseen destination. Maybe it’s because of the unapologetic and unrestricted sense of Nguyen’s influences, which draw upon 70s kung-fu flicks, millennial slang, romantic comedy tropes and buddy movies, among other things. It is thoroughly appropriate that chunks of the text are delivered in rap, a musical form noted for both its raw contemporary immediacy, plus its use of sampling (as well as, in its early days, being a loud voice for the underrepresented).

By the way—those raps, based on Nguyen’s original words with music composed by Gabe Ruiz, are really quite something.

We have almost three weeks until we reach our own figurative horizon. I can hardly wait.