Theatre as an art form has a long history of pressing the boundaries of gender.

The tradition of men portraying women on public stages dates back to the theatre of the Ancient Greeks, and is present in several other theatrical traditions from around the world. The reasons for the development of these traditions, which were to endure to various degrees for thousands of years, are intricately connected to how concepts of gender and sex were understood, and specifically the role of women in society. Ancient Greek women, like many women of Shakespeare’s England, did not have the right to vote or own property, and were expected to remain at home and rear children.

Many of these same concepts were to form the core of 17th century English gender dynamics. During the time of Shakespeare and the reigns of Queen Elizabeth I and King James I, English ideas of sex and gender, the legal rights of women and the social expectations of femininity all played a significant role in the way that theatre was performed, the stories it told and who told them. In addition to other legal restrictions on the rights of women, there was considerable social pressure on women to behave according to specific social roles. Women were expected to be subservient, quiet and homebound, with their primary ambitions entirely confined to marriage, childbirth and homemaking; granted, social status and economic class played into what degree these expectations manifested, with the chief example being Queen Elizabeth I herself.

Acting was, in some ways, the exact opposite of those expectations, and female actors were associated with sexual incontinence, prostitution, lasciviousness and indecency. Though there is evidence that women acted in street performances, and in other notorious venues, all commercial acting companies of the time were made up entirely of men and it was illegal for women to act on stage professionally until 1661. Despite the profession of acting having a less than virtuous reputation, as well as a growing orthodox Christian objection to the theatre, these all-male companies were deemed as socially legitimate because they did not threaten gender hierarchy. Only the idea of women was portrayed and embodied on stage, and not the reality. These professional companies were often financed by royal patronage, for example, The King’s Players. 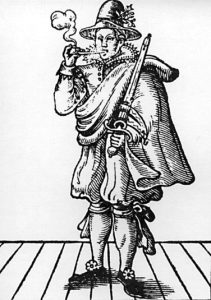 To have a greater understanding of why the practice of young men playing women was an accepted convention in Elizabethan England, and why women were legally restricted from the stage, it is helpful to examine contemporary concepts of gender. There were two central influences in the way that sex and gender were constructed in Early Modern England: medicine and religion. Medical science of the time relied heavily upon the work of Greek and Roman philosophers like Plato, Hippocrates and Galen among many others, to understand and treat the human body. This medical tradition held that female humans were essentially incomplete or unfinished males; a phenomenon caused by a lack of heat that would have otherwise resulted in the formation of male genitalia. It followed that women were understood as being weaker, more prone to psychological and physical ailment and in need of supervision, control and at times restraint by the one true sex, men.

Curiously, biblical ideas conflicted with secular ones about sex and gender; the Bible made room for two distinct yet unequal sexes: Adam and Eve. Though the English crown had split from the Roman Catholic Church during the 15th century, in the reign of King Henry VIII, Christian biblical values still governed much of the way that gender was understood and coded. Though there are conflicting messages about sex and gender in the Bible, it was deployed by Early Modern English society to enforce the idea that women were in need of domination and stewardship by men. Additionally, the Bible was used to enforce gender expectations for all people, and to prohibit the practice of “cross-dressing.”

Despite a few differences, these two main influences manifested in similar legal and social expectations for women of the time and enforced a strict binary between men and women. When a woman of this period transgressed gender boundaries and dressed in men’s clothing in public, it associated her with the same social stigma that faced female actors, except that she was subject to arrest and imprisonment. One such woman was named Mary Frith, who was nicknamed Moll Cutpurse. Mary regularly went out in public dressed in men’s clothing and was associated with London’s criminal underground. She was also the subject of the 17th century play The Roaring Girl. Such behavior was understood as a threat to gender hierarchies of the time, and any woman apprehended “cross-dressing” was understood to be in rebellion against her betters, i.e. men. Any man caught in similar circumstances was also punished, as dressing in women’s clothing was understood as a perversion of masculinity and a sign of moral and sexual degeneration.

Though the consequences for what is referred to as “cross-dressing” in public were considerable on a legal and social level, the theatre was a unique arena in which gender could be manipulated and toyed with in public, albeit by men only. Whether or not the practice of men playing women was generally perceived as a legitimate threat to masculinity is open for interpretation; it also can’t be said for sure whether or not such a practice constituted an intentional challenge to the hierarchy or construction of gender in Early Modern England. Regardless, it was standard theatrical practice for men to portray women on stage in mannerism and in costume and for playwrights to write towards this expectation, just as it was convention for audiences to be fully aware of this practice. 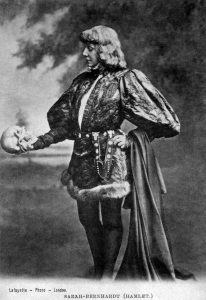 During Shakespeare’s time, theatres were experiencing social and legal pressure from the growing conservative Puritanism of the era. Tracts against the theatre often pointed to the moral and spiritual danger present in contemporary theatrical practices, including the portrayal of women by young men. These tracts also pointed to the danger in the act of public commercial theatre in general, especially because it destabilized gender expectations for women. The theatre was a commercial interest where women were, in Puritan imagination, at risk of overthrowing their rightful masters by exercising economic and social independence. These Puritan interests succeeded in shuttering the theatres for a period between 1642 and 1660, during the political turmoil of the English Civil Wars and Restoration. Even after 1661, with the rule of King Charles II, when women were legally allowed to act professionally, the negative social stigma of acting and the attending gender expectations were still in effect. As time passed and women of all races fought and agitated for expanded rights and privileges both in England and its colonies, and then later in what is now known as the United States, gender roles and expectations continued to change. In addition to the law, these changes were reflected (and sometimes caused by) evolutions in style, business, education and art. As women continued to be involved in theatre, gender play of a different sort emerged.

Perhaps one of the most famous examples of a woman portraying a man is Sarah Bernhardt’s 1899 performance as Hamlet. In fact, by the turn of the 20th century it had become increasingly common for women to portray men in what was termed “breeches” roles. Scientific constructions of sex and gender have continued to shift since the time of Shakespeare alongside an ever-evolving social understanding of sex and gender. Of special note are current social trends with regard to gender non-conformity and gender variance amongst humans that are inviting new and exciting questions into the performance of Shakespeare’s storied work. At a time when gender non-conforming people are becoming more accepted in mainstream entertainment, the possibilities and challenges of Shakespeare’s texts deepen. All female companies such as Phyllida Lloyd’s all-female Henry IV, and companies that include trans and gender nonconforming actors, such as Chicago’s own Eclectic Full Contact Theatre’s As You Like It, are continuing to push boundaries and discover new interpretations.